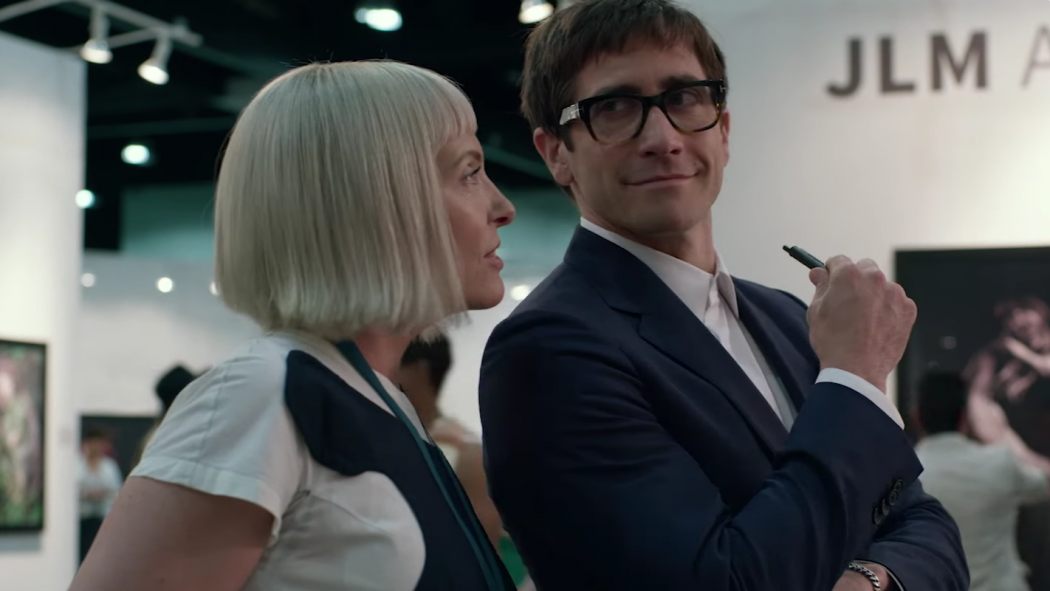 One of the most exciting films to have its premiere at Sundance this month is Velvet Buzzsaw. More than just a cool title, the film marks the reunion of Nightcrawler director Dan Gilroy and his star, Jake Gyllenhaal, who gave one of the sharpest performances of his career as a morally bankrupt cameraman. Now the duo is switching focus from journalism to the cutthroat Los Angeles art scene.

Velvet Buzzsaw sees Gyllenhaal joined by his Nightcrawler co-star (and Gilroy’s wife) Rene Russo, along with John Malkovich, Natalia Dyer, Daveed Diggs, Toni Collette, Billy Magnussen, and Zawe Ashton. Inspired by the ensemble films of Robert Altman, the story takes place in “the contemporary art world scene of Los Angeles where big money artists and mega-collectors pay a high price when art collides with commerce.” But there’s also a supernatural component, as an unknown force “enacts revenge on those who have allowed their greed to get in the way of art.”

Netflix may have found their next big crossover film, in the vein of Bird Box and Black Mirror: Bandersnatch. We’ll find out when Velvet Buzzsaw is released on February 1st. It will premiere at Sundance on January 27th.

‘Snowpiercer’ Season 2 Trailer: Get Ready For a Cross-Train Civil War