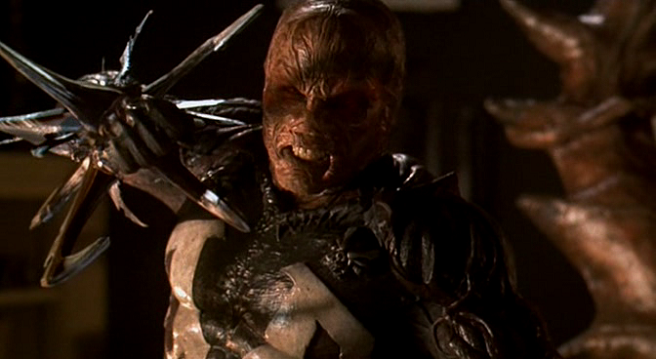 Todd McFarlane has been teasing a new Spawn film for years, one that would be so dark and R-rated you’ll forget all about that horrible PG-13 movie from 1997. Well, it’s actually happening thanks to Blumhouse, who will bring the once-popular comic book character back to the big screen with McFarlane making his directorial debut. And McFarlane wants his fans to know, those fans who have been waiting two decades for this, that when it arrives his Spawn movie will have absolutely “no joy” in it.

Ummmm…..you sure that’s the message you want to send?

Apparently so, because after making that claim to Nerdist, he added this…

“There’s gonna be no fun lines in it, and it’s just gonna be this dark, ugly two hours worth of movie, which is essentially what a lot of supernatural/horror movies are anyway. There’s not a lot of funny in them. And that seems to be a weird hurdle for a lot of people in this city to get over because they sort of go into a superhero/Avengers default all the time.”


I get what he’s trying to say; that this will be an appropriately grim movie for such a dark character whose origin is literally Hellish. But to claim there will be no joy and no fun shows, I think, McFarlane’s inexperience with this medium.  Anybody want to go and see a Spawn movie that won’t be any fun at all? I don’t, and I’m exactly the audience this movie is targeting. You can bet casual moviegoers will hear that and decide their time is better spent elsewhere.