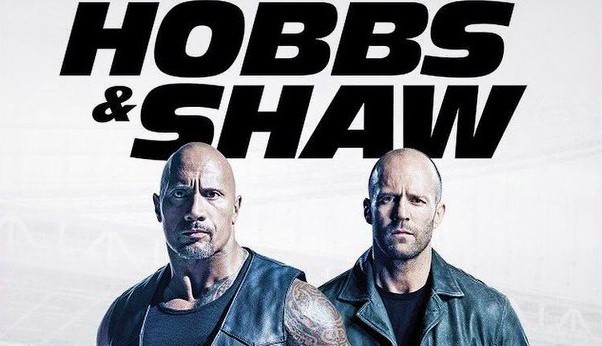 The Fast and the Furious films have always had a single theme at their core…well, other then increasingly ridiculous racing, and that’s family. If you don’t believe me just watch any of the movies again, literally 40% of Vin Diesels dialogue is “We Family” or some version thereof. From this latest news it would seem they are sticking with that theme for the upcoming spin-off Hobbs & Shaw starring The Rock and Jason Statham as the title characters. If you remember Jason Statham’s character originally showed up to get revenge after his brother, the bad guy from F7, was left in a coma following their showdown. Hell, even Helen Mirren ended up making an appearance as their mum (they’re British, so it’s mum). Dwayne Johnson is not one to be shown up though, as evidenced in his latest Instagram post where he revealed that Hobbs is bringing family into the mix this time around in the form of WWE Superstar Roman Reigns. In the caption of the below image, which was taken mid-Haka (is there a more intimidating dance on the planet? The Macarena maybe?), the People’s Champ had this to say:

Good times droppin’ sweat and spillin’ blood with my family, @RomanReigns who’ll be playing my brother in our FAST & FURIOUS UNIVERSE.

I may be premature in calling this, but I have a feeling that Hobbs & Shaw is going to eclipse the F&F series faster then Dom’s Charger ran the 1/4 mile.

The brothers’ roar. A lil’ HOBBS & SHAW exclusive. Good times droppin’ sweat and spillin’ blood with my family, @RomanReigns who’ll be playing my brother in our FAST & FURIOUS UNIVERSE. I’m very proud of his focus, effort and authentic performance in our movie for his very first time on film. I’m also very grateful to spend this quality time with my cousin here in the islands as he takes life one day at a time to recover from leukemia. His perseverance and humility battling this challenge has inspired our entire family as well as millions around the world in our beloved @WWE Universe. Can’t wait to see the “Big Dog” return back to the ring – his positive & focused mindset to return is straight up next level. Til’ then, this sacred Samoan ?? ground you stand on is nourished with our ancestors blood. Today, we nourish it with yours. #WelcomeRomanReigns #Brothers #HobbsAndShaw THIS SUMMER ??? @hhgarcia41 ?
A post shared by therock (@therock) on Jan 25, 2019 at 11:16am PST