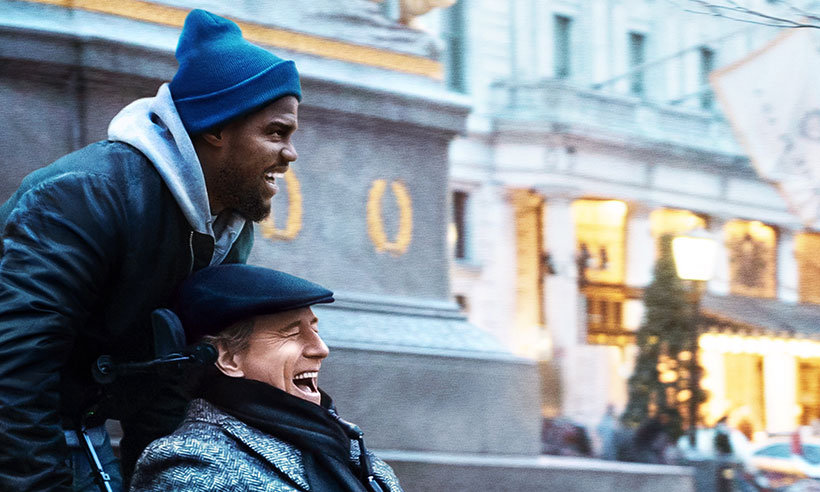 A cultural phenomenon in France and a box office hit the world over, Intouchables was an uneven, well-intentioned feel-good comedy. And like many French comedies that deal with sensitive racial matters, it had a share of issues. But what you couldn’t deny was the chemistry between Francois Cluzet and breakout star Omar Sy, playing a mismatched pair who become unlikely friends. An American remake, eventually titled The Upside, has been in the works for years, and a key reason for the lengthy delay was finding a leading duo who could equal that chemistry. And they did indeed find it with Bryan Cranston and, surprisingly, Kevin Hart, with the latter giving one of the most thoughtful and reserved performances of his career.

Based on a true story, The Upside follows two men from vastly different worlds who not only become friends, but inspire one another to move forward in their lives. Cranston is Phillip Lacasse, a wealthy quadriplegic with suicidal thoughts. Hart is Dell Scott, an unemployed ex-con who grew up surrounded by crime. Dell’s used to scamming people into giving him what he needs, but he’s a deadbeat to his ex (Aja Naomi King) and son, who don’t even want him around.

Dell manages to worm his way into a job as Phillip’s caretaker, although he’s clearly the least qualified person for it. While rough around the edges at first, and certainly skittish about changing Phillip’s catheter, he eventually learns to stop only looking out for himself, and to start caring for others. At the same time, Phillips rediscovers a zest for life that he lost, not just because of the accident, but due to another tragedy.

Directed with workmanlike efficiency by Neil Burger, The Upside isn’t particularly stylish and simply relies on its two leads, three if you count Nicole Kidman as Phillip’s loyal assistant Yvonne, to carry it through. Jon Hartmere’s script softens most of the edges, but Dell and Phillip are far from perfect and for a while can be pretty tough to sympathize with. Both men have alienated others to the point where they are essentially alone. In another great performance by the underrated Cranston, he reveals the funny wildman beneath all of Phillip’s despondency, anger, and privilege. Hart tunes down some of the shtick we’re accustomed to from him, as he should for a character that is one of the grittiest he’s ever played. Sure, we still get our share of physical humor from him; a shower that goes comically awry, for instance, and a dance scene because…well, I think every Kevin Hart movie has a dance scene, right? This one falls far short of Sy’s groovin’ to the soulful sounds of “Boogie Wonderland”, though.

Having made its world premiere back in 2017, The Upside does feel a little bit dated and some of the jokes don’t look good in today’s climate. In particular, Dell’s sexual advances on Yvonne and Phillip’s physical therapist (Paterson star Golshifteh Farahani) would have gotten him booted out of any job with the quickness, followed by a restraining order. I bristled a little bit, then couldn’t help chuckling as Dell got Philip high in a weed-smoking scene I knew was coming from a mile away. Cranston’s a comedic genius who can always make me laugh, what can I say? Other aspects have made a much smoother transition stateside than I expected. One of my gripes with Intouchables was, while it’s clear Phillip and Dell were helping one another, it always felt slanted towards the wealthy guy, who seemed like more of a father-figure than an actual friend. The Upside shows an equal amount of growth between the two, with Dell more of an independent figure here than he was in the earlier movie.

I’m not sure The Upside has the international appeal Intouchables did, but the improvements made and the easy chemistry between Cranston and Hart, should make it a sure-fire hit here in the States.