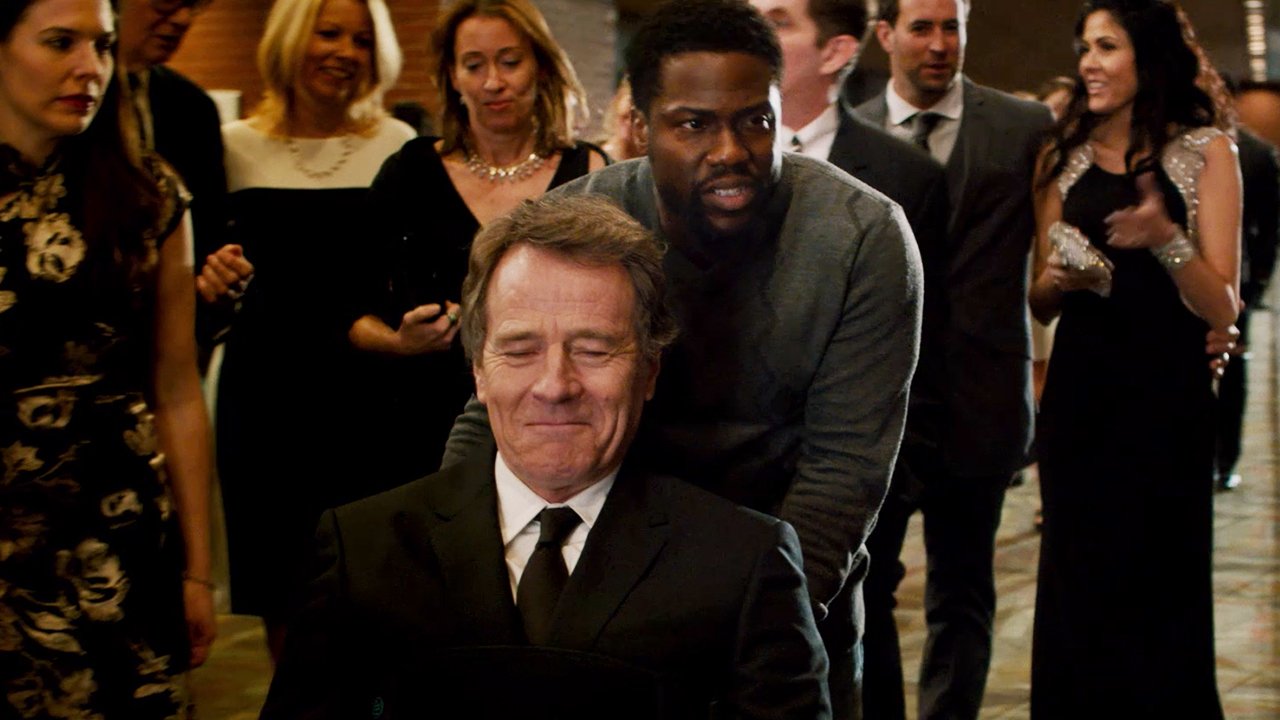 1. The Upside (review)- $19.5M
Finally knocking Aquaman off its perch was the feel-good comedy, The Upside, starring Kevin Hart, Bryan Cranston, and Nicole Kidman. The film opened with $19.5M, which is more than the entire domestic run of The Intouchables ($10M), the French comedy it’s a remake of. That film was a global phenomenon that ultimately earned over $400M worldwide. I’m not sure The Upside will come close to that, mainly because neither Hart or Cranston has the international appeal of the prior stars, but this is still a solid start. The opening is a bit on the low end for Hart comedies, but then this isn’t a straight-up laugher the way something like Night School or Ride Along are.  But I think any concern that Hart’s recent scandals would affect turnout can be put to bed.  As for Kidman, she’s got the top two movies of the week, and also the critically-acclaimed Destroyer out there on the charts somewhere.
2. Aquaman– $17.2M/$287.8M
Aquaman has dived past $1B in its fourth week, with $287M of that coming stateside. It’s already the top-grossing DCEU film, easily besting the likes of Wonder Woman, Batman, and Superman. The reasons are pretty obvious: the film is just plain fun, has a likeable star in Jason Momoa, and all of the reviews noted the scope and impressive visual effects. While there were other big movies in a crowded December field, none had the blockbuster feel of Aquaman and that appealed to both rabid superhero fans and casual moviegoers.
3. A Dog’s Way Home– $11.3M
Fetching a solid $11M debut was A Dog’s Way Home, which stars Ashley Judd, Alexandra Shipp, and Bryce Dallas Howard in the story of a dog’s 400 mile journey to be reunited with his owner.  The film is based on the book by W. Bruce Cameron, who authored another canine novel, A Dog’s Purpose, which was adapted into a $200M (!!!!) hit in 2017 and will have a sequel released in May. Basically, people will totally roll over for these particular dog flicks.
4. Spider-Man: Into the Spider-Verse– $9M/$147.7M
5. Escape Room– $8.9M/$32.4M
6. Mary Poppins Returns– $7.2M/$150.6M
7. Bumblebee– $6.7M/$108.4M
8. On the Basis of Sex (review)- $6.2M/$10.5M
Expanding over 1800 theaters in its third week is the Ruth Bader Ginsburg drama, On the Basis of Sex, which stars Felicity Jones as the beloved SCOTUS justice. The $6M it earned in expansion is merely okay, but if it proves as perseverant as Ginsburg herself, it should do decently well in the long run.
9. The Mule– $5.5M/$90.5M
10. Vice– $3.2M/$35.9M

Oh-sa No-sa! Jar Jar Will Not Be Appearing In The Disney+ Series ‘Obi-Wan Kenobi’