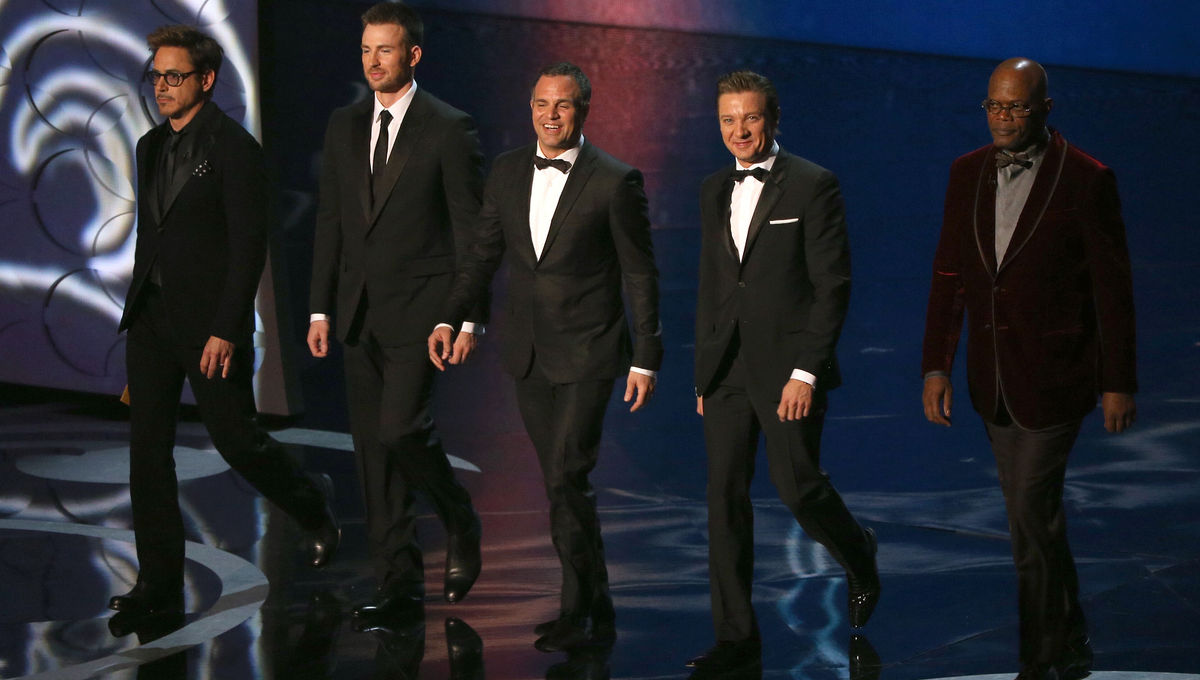 The Oscars are still without a host, and no matter how badly the Academy or Ellen DeGeneres may want him, Kevin Hart ain’t coming back. So the decision was made to go with a tag team effort, recruiting Hollywood A-listers to carry the load. It’s still a pretty heavy lift, which may be why some superheroic help is being enlisted to aid in the effort.

According to THR, the folks at ABC are hoping to assemble the cast of Avengers: Infinity War for a big onstage reunion. It’s not clear who they’ve reached out to, but this is something they’ve actually done before in 2013 after the monumental success of The Avengers. So this isn’t out of the question, and we should remember ABC is part of the Disney family who wouldn’t mind a boost heading into Avengers: Endgame.

That said, the cast of Infinity War is huge and I’d be curious to see how many actually heed the call. I’ve got a better idea; why not just bring on the cast of Black Panther which was a bigger movie domestically, anyway?