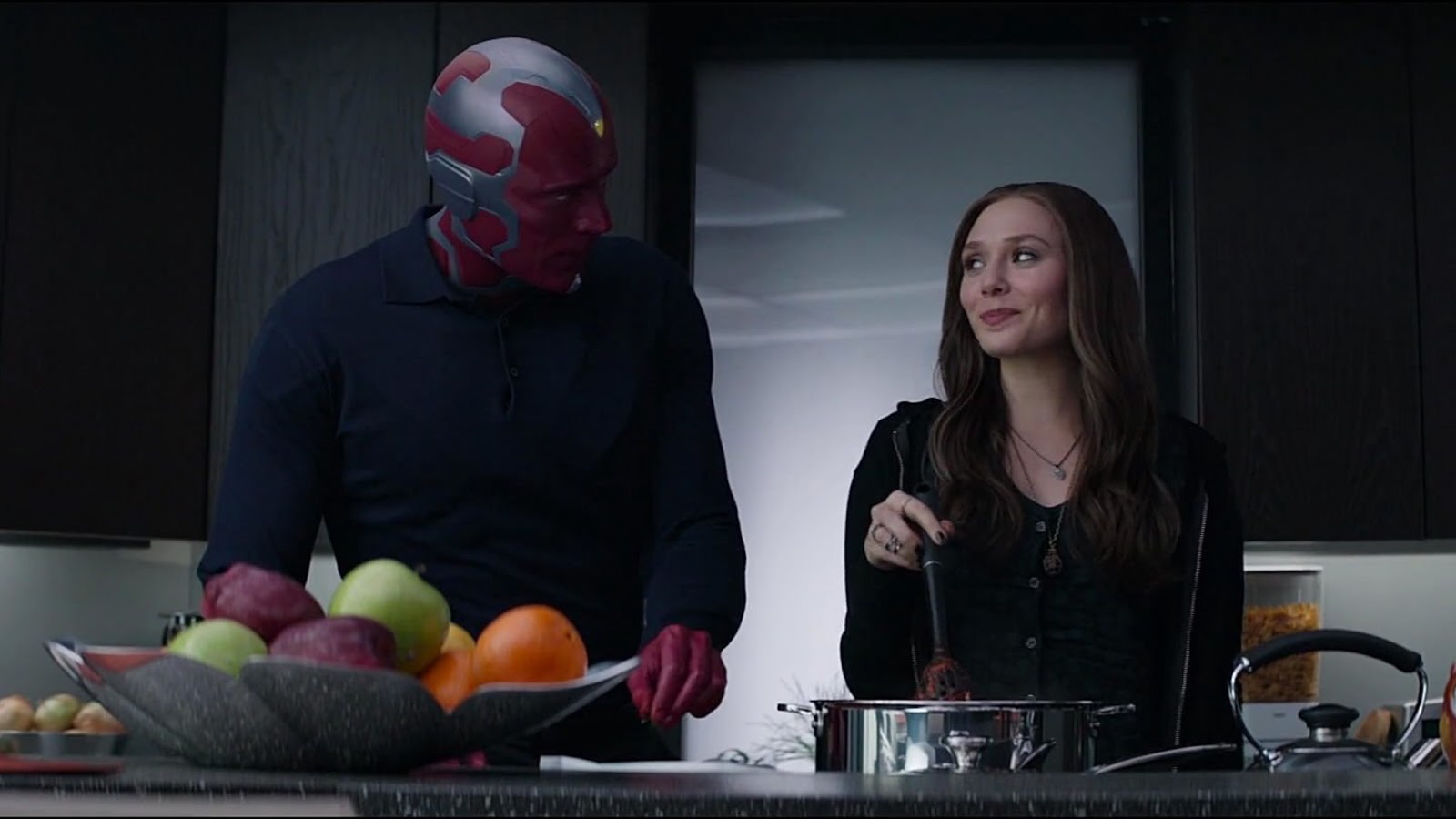 The fanboy tears are flowing. Following an early rumor that Marvel was developing a Scarlet Witch series that may include her robotic boytoy Vision, Deadline is now confirming Vision will be headling the series. And they’ve even given it a title that has more fans whining, Vision and the Scarlet Witch.

This is apparently a terrible thing that does some sort of injustice to Scarlet Witch? That’s the case if you go to certain sites which apparently think Disney confirmed Scarlet Witch was getting a show for herself. They, of course, never did any such thing.  Like it or not, Wanda Maximoff and Vision are a package deal and we’ll be learning more about how they exist as a couple with her being a powerful mutant sorceress and him a sentient android.  Perhaps the series will lead to the eventual birth of the Young Avengers known as Wiccan and Speed?
Both Elizabeth Olsen and Paul Bettany will be reprising their roles last seen in Avengers: Infinity War when things were about as bleak as they get. Presumably, all will be patched up in next year’s Avengers 4.
Look, I get it. Scarlet Witch hasn’t had nearly enough screen time, but the same can be said for Vision. And I dont need to see a series, limited or not, about her discovering the extent of her powers or figuring out her family tree or whatever. No thanks. Let’s plow ahead, shall we? Let’s assume she’s powerful as fuck and move on.
As we bid adieu to Netflix’s corner of the Marvel Universe we’re seeing more projects being set up for next year’s launch of Disney+. Along with Vision and the Scarlet Witch we know that a Loki limited series starring Tom Hiddleston is in the works, along with a show featuring Anthony Mackie as Falcon and Sebastian Stan as Bucky. A rumor has a Groot and Rocket series possibly on the way, too, but that has yet to be confirmed.