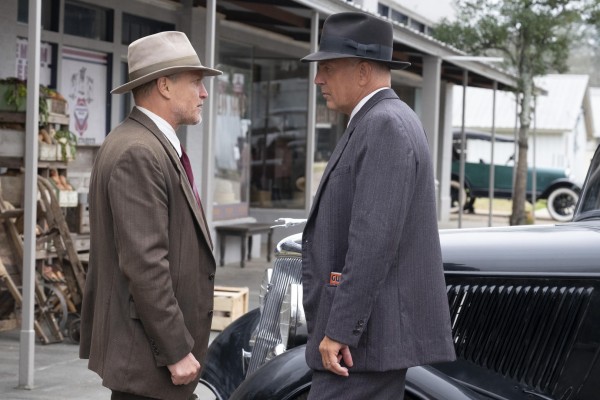 We’ve seen plenty of movies about legendary crime couple Bonnie & Clyde, but what about the law who was on the tail? Netflix has dropped the first image of Kevin Costner and Woody Harrelson in The Highwaymen, in which they play the Texas Rangers who eventually cornered and killed the couple.

The film is directed by John Lee Hancock (The Blind Side), but it’s the duo of Harrelson and Costner who are going to be the big draw here. Costner plays Frank Hamer with Harrelson as Maney Gault, Texas Rangers who use old school detective work when the FBI’s forensics and technology fail to do the job in catching Bonnie & Clyde. The rest of the cast includes Kim Dickens, Kathy Bates, John Carroll Lynch, William Sadler, and Thomas Mann as Ted Hinton, the youngest member of the posse.