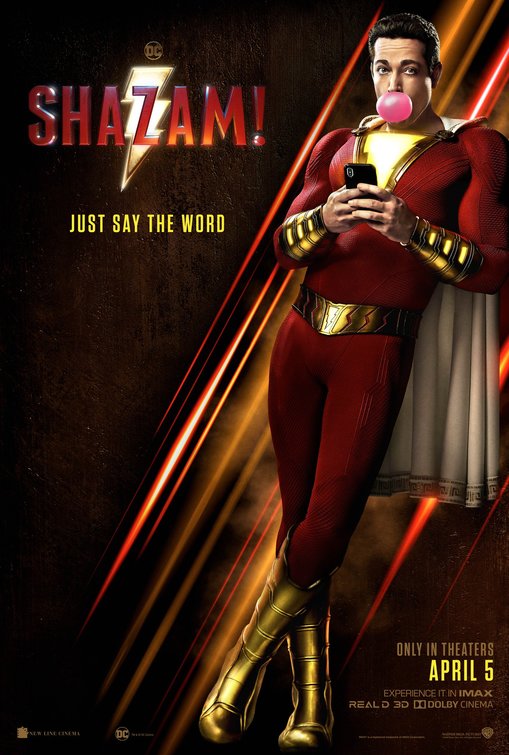 Remember a couple of years ago when the DCEU was the place to go for dark ‘n gritty superhero movies? Boy, have things changed, and nowhere is that clearer than in the promos for Shazam, which looks like the all-ages superhero movie of 2019.  The latest poster is absolutely fantastic, featuring star Zachary Levi as the all-powerful hero, who is actually young boy Billy Batson (Asher Angel). Just by uttering the word “shazam” he can transform into the adult-looking superhero, but he’s still just a kid, hence the bubblegum and intense cell phone usage.

That tagline is perfect, too. “Just Say The Word.”  It’s clever and speaks to the one thing everybody knows about the character. I’m probably more excited for this than I am Aquaman or Wonder Woman 1984, but again this just makes me want to see the DCEU retain some cohesiveness. Shazam is a character that plays really well with other heroes. It’d be a shame if we never get to see that happen.