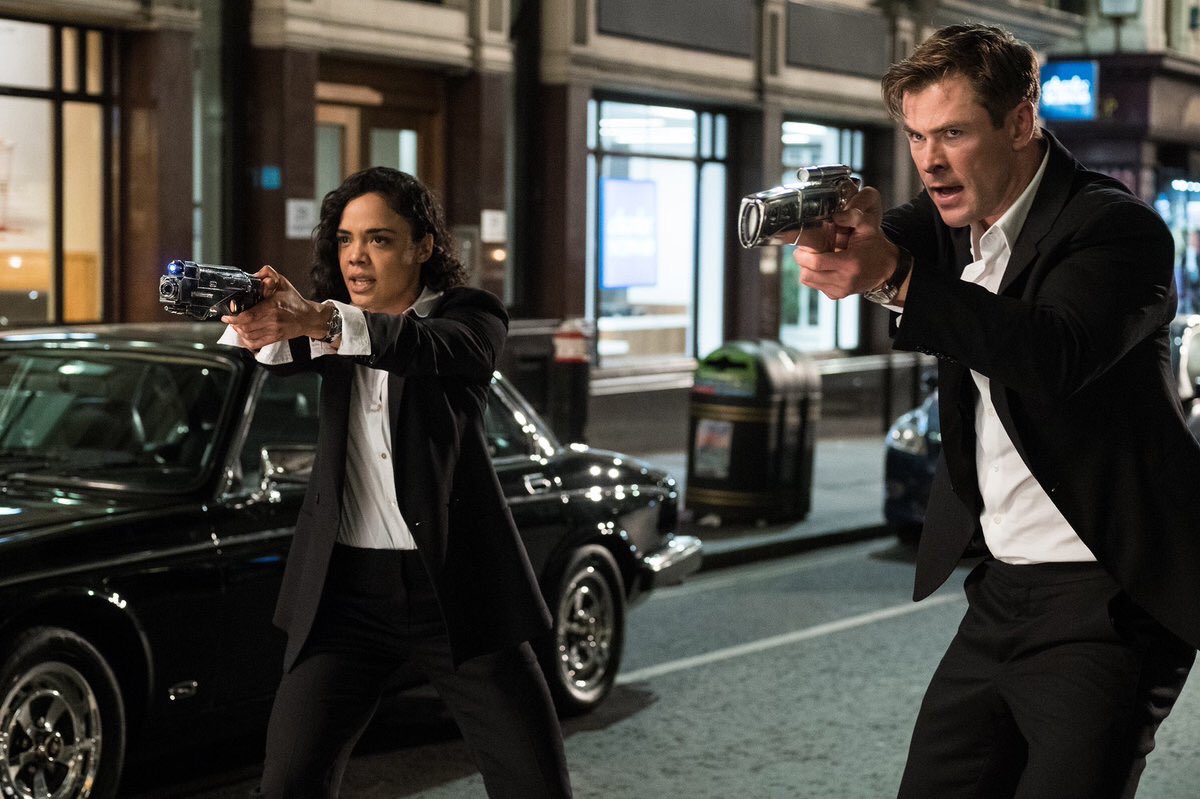 The Men (and Women) in Black are back on the job. Chances are we’ll get a trailer for the newly-christened spinoff Men in Black International, or MIB: International, very soon because the first image of Chris Hemsworth and Tessa Thompson all suited up is here.

The image shows Hemsworth as Agent H and Thompson as Agent M with some alien criminal in their sights. According to Hemsworth’s tweet this was shot on the streets of London, as the storyline finds the team going global as the title suggests. Behind the camera is F. Gary Gray, and it’ll be interesting to see if he keeps the comic vibe of the prior films. Returning to the cast is Emma Thompson as Agent O, while  Kumail Najiani, Rafe Spall, Liam Neeson, and Rebecca Ferguson are newcomers.

#FBF shooting MIB with my partner in galaxy protection @TessaThompson_x when we were ripping aliens a new one. From memory, this shot was taken in between set ups when we noticed some criminal activity on the streets in London. #MIBInternational ?️ @MenInBlack pic.twitter.com/b89RQCcswl