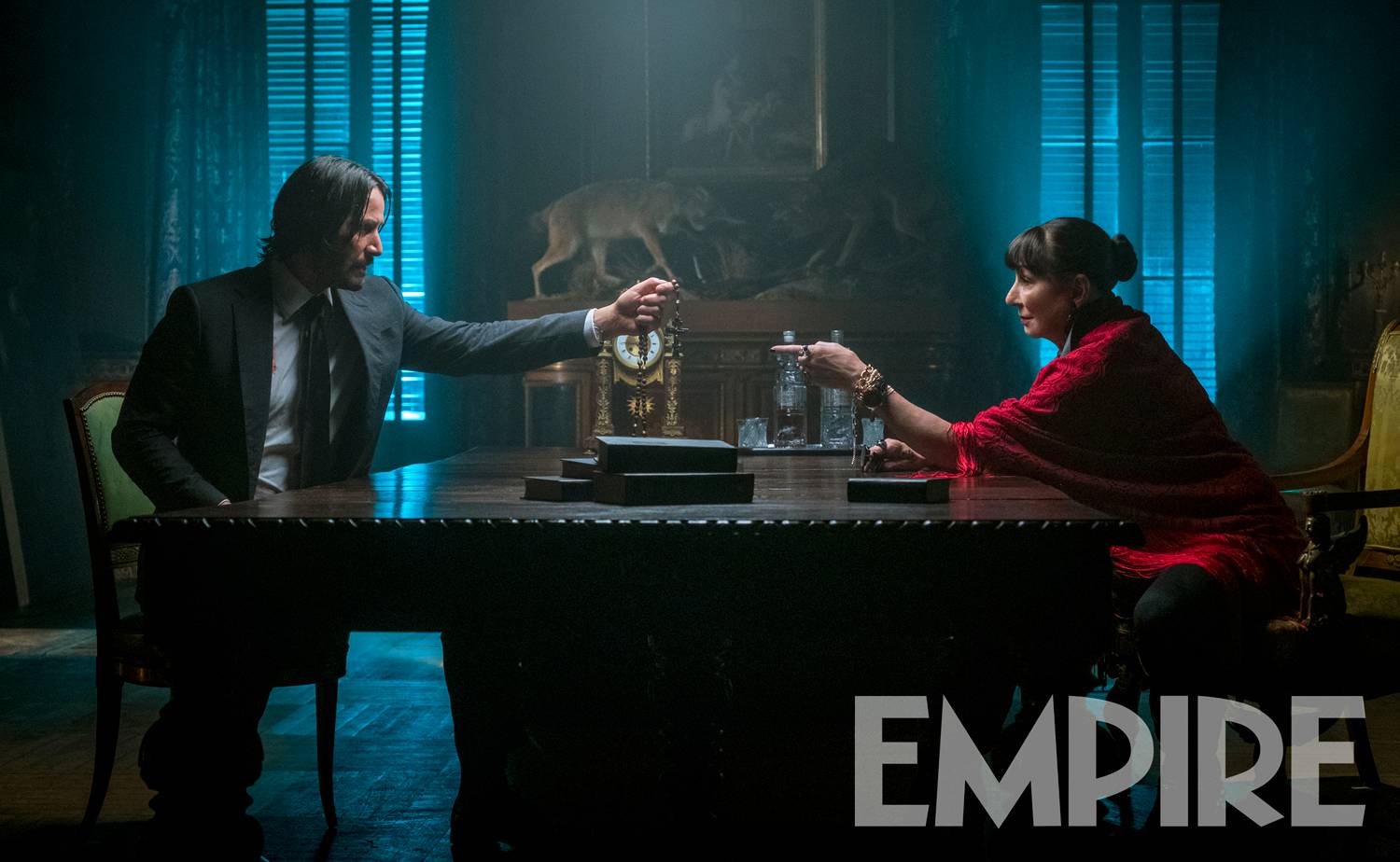 The world of John Wick has expanded considerably with each movie, and it’s definitely getting bigger with John Wick: Chapter 3. While a lot of these new characters introduced will probably end up a statistic in the film’s epic kill count, which director Chad Stahelski says will be higher than ever, they all promise to be colorful additions to the John Wick universe.

Empire has released a new image which gives us our first look at Oscar winner Anjelica Huston as The Director, a member of the High Table and someone described previously as “responsible for [Wick’s] upbringing and his protection.”

It’ll be interesting to see how she comes into play as Wick is now on the run with a $14M bounty on his head after killing a member of the High Table inside The Continental.

“We’re trying to make it that there are different tribes, less nondescript assassins. Anjelica Huston is playing this Roma Ruska character“, Reeves said.

The Ruska Romas are basically a tribe of Russian Gypsies, known for fortune telling, horse trading, dancing, and more. Presumably these are the people Reeves was referring to.

Other new additions to the cast include Halle Berry as Sofia, Jason Mantzoukas as an assassin known as Tick Tock Man, Gotham‘s Robin Lord Taylor as The Administrator, Asia Kate Dillon (Orange is the New Black) as The Administrator, and Mark Dacascos (Brotherhood of the Wolf, Iron Chef America) as Zero. Ian McShane, Laurence Fishburne, and Lance Reddick will reprise their roles.