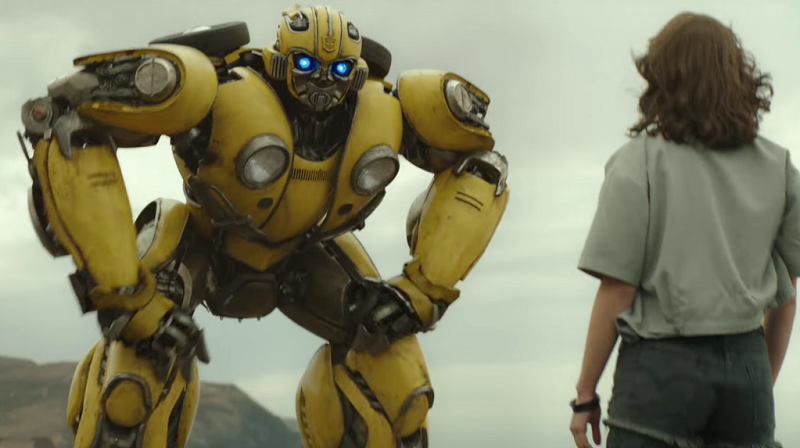 For years in the animated Transformers series Bumblebee happily chatted alongside Optimus Prime and his human pal, Spike. But in Michael Bay’s live-action movies Bumblebee has been totally silent up until last year’s Transformers: The Last Knight, prompting a surprised response from Optimus. In the trailers for Bumblebee’s upcoming solo film he’s been quiet again, speaking through 1980s media clips since this is a prequel set in the era. But apparently that won’t always be the case and we will hear him speak, and Bumblebee is going to sound a lot like that kid from The Maze Runner.

IGN has confirmed that Dylan O’Brien will voice Bumblebee in the film, and you don’t bring in somebody like that for one or two lines. This suggests Bumblebee will be saying quite a lot at some point, maybe even having whole conversations with Hailee Steinfeld’s character.  Transformers producer Lorenzo di Bonaventura gave details on the casting…

“Since we were approaching this as an origin story, we felt that it was appropriate that you got to hear his voice. That’s the simple logic that we employed. The longer term implication of that is different. But the short-term implication of that is, since we really are resetting the mythology, essentially, of who Bumblebee is. And so, that seemed to us to be the appropriate, to get the chance to hear what he sounds like.”


“Dylan has that great quality in his voice of youthful exuberance, and also sort of trustworthiness. I think those are the two qualities that we wanted Bumblebee to have.”

I get it. Steinfeld’s young, O’Brien’s young, you want them to sound age-compatible, I guess? Something tells me there’s going to be more to their friendship than meets the eye.

Bumblebee hits theaters on December 21st, but you can check out in an early preview on December 8th.