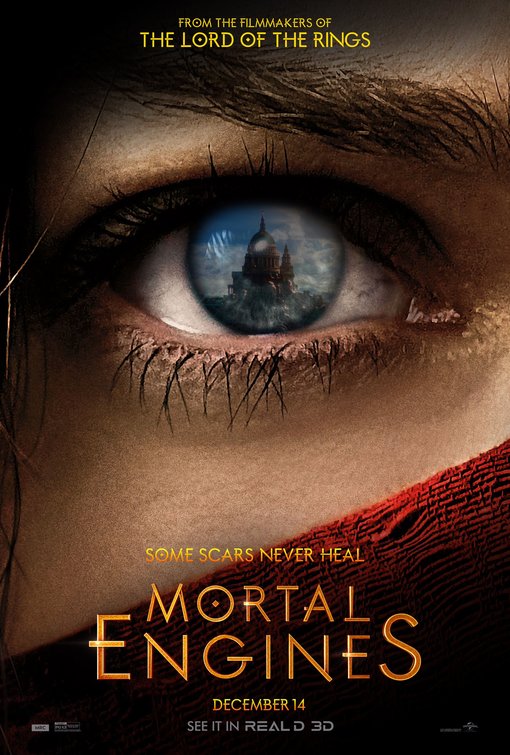 We’re happy to offer our DC readers the chance to attend tonight’s free advance screening of Mortal Engines, the epic adventure from director Christian Rivers and Peter Jackson with the Oscar-winning team behind the Lord of the Rings trilogy!

SYNOPSIS: Hundreds of years after civilization was destroyed by a cataclysmic event, humankind has adapted and a new way of living has evolved.  Gigantic moving cities now roam the Earth, ruthlessly preying upon smaller traction towns.  Tom Natsworthy (Robert Sheehan)—who hails from a Lower Tier of the great traction city of London—finds himself fighting for his own survival after he encounters the dangerous fugitive Hester Shaw (Hera Hilmar).  Two opposites, whose paths should never have crossed, forge an unlikely alliance that is destined to change the course of the future.


The screening takes place tonight at 7:00pm at AMC Georgetown. The first 20 readers to send an email to punchdrunktrav@gmail.com with your full name will win an Admit-Two pass to the event. All winners will be notified by email! These will go quickly so don’t waste time! See you tonight!