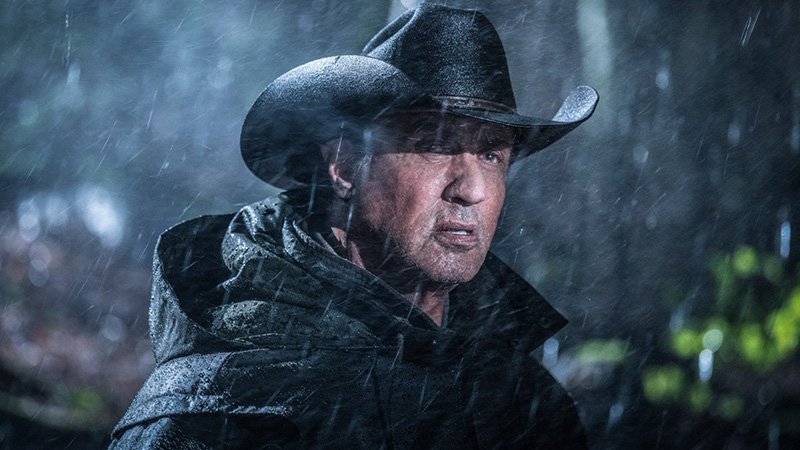 Sylvester Stallone continues to indulge in playing his most iconic roles, and it’s not only audiences who can’t get enough. He’ll return as Rocky in Creed II, opening later this month. And after that he hits the battlefield for Rambo V: Last Blood, and according to Deadline buyers are swarming to see him back as the PTSD-afflicted war hero. Sales should be easier to come by now that Lionsgate has released the first official image from the film, which finds Rambo taking on a different kind of war.

Stallone’s Rambo sports a cowboy hat in the first image, a far cry from the crimson bandana we’re used to seeing him wear when in conflict. The story picks up after the events of 2008’s Rambo, with John Rambo now working on a ranch in Arizona, only to get into a beef with a Mexican cartel who has kidnapped a friend’s daughter. He teams up with a journalist whose half-sister has also been kidnapped, and will have to employ all of his combat skills to bring the crimelord down.

Time to become war. @TheSlyStallone is back with your first look at Rambo V: Last Blood. #RamboV pic.twitter.com/b1vWEbC3Qz

Sylvester Stallone Says Rocky Might Be Done With ‘Creed’, But He’s Not Done With ‘Rocky’