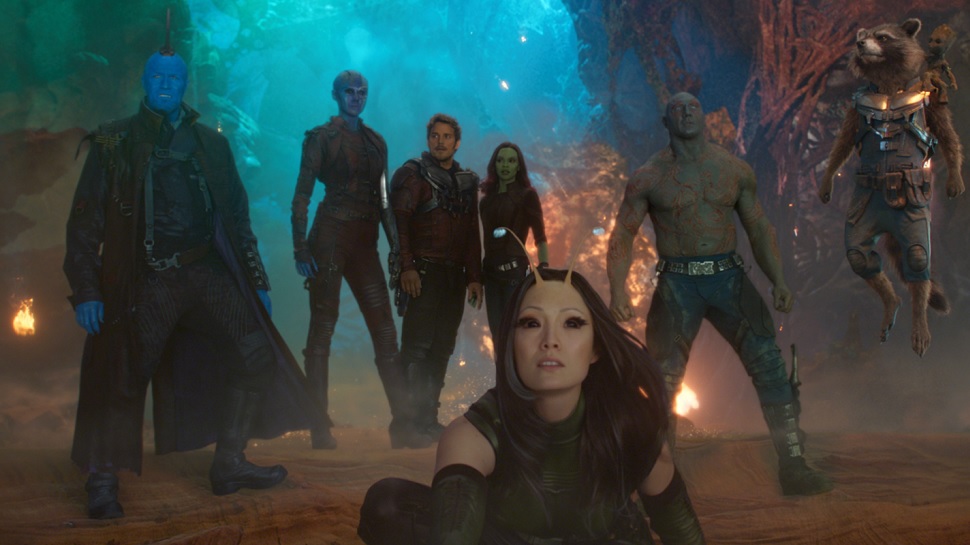 The status of Guardians of the Galaxy Vol. 3 remains up in the air, even though recent rumors suggest a director could be in Marvel’s sights. For now, we just don’t know when or even if the movie will happen, and what the fate of those characters will be. The first chance we’ll get to find out will be in Avengers 4, although it’s also been suggested, by Dave Bautista no less, that changes have been made to it that could write the team off. So what’s up?

Avengers 4 directors Joe & Anthony Russo held a Q&A after a recent screening of Avengers: Infinity War, and thanks to Slashfilm‘s Peter Sciretta we have their thoughts on this very subject. Basically, the duo said that nothing about the script was changed because of Guardians of the Galaxy 3 being put on hold after the James Gunn debacle.

Guardians 3 being put on indefinite hold did not change the Russo Brothers approach for Avengers 4 and where it leaves the Guardians because they had already finished shooting the movie.

There are a ton of little tidbits here, most of which I find pretty inconsequential. However, there are three  that I find very interesting. The first is that the Russos considered making Marvel’s Netflix characters part of Infinity War but found the logistics of it too difficult. If only the Avengers had Iron Fist, THEN they’d be unstoppable.

Also, the Russos admit that nobody in the film had the full script, I assume in an effort to maintain secrecy. Good move because we really didn’t know shit going into Infinity War. They also say the first draft of the film was 250 pages (!!!! That’s about 4hrs in runtime) and would have been narrated by Thanos, which would have changed the story considerably. We also wouldve seen more of the Black Order.

Finally, they talk about the return of Red Skull and where he stands in relation to the Infinity Stones. They say Hugo Weaving was asked to return for the role but don’t go into his reasons for declining. Maybe because he hated the whole experience on Captain America: The First Avenger? That might have something to do with it.

I suggest checking out Peter’s Twitter feed for every detail.

They did three drafts of the film, one draft had Thanos as the narrator of the film and was non Linus’s in structure and had backstories for the Black order. That script was 250 pages. Writing out Thanos narration gave them insight on the character even though it didn’t make it.

They talked about involving the Netflix Marvel characters in Infinity War, but they say it was too complicated to correlate story between not only the other marvel films in production but also the tv productions. They decided the best way to tell the story was to keep it MCU.