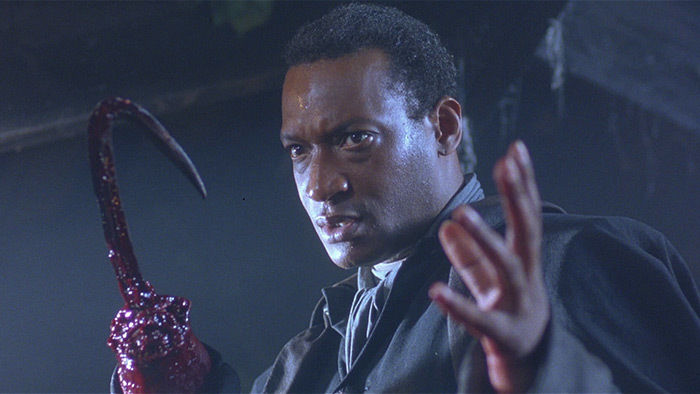 One of you must’ve said his name five times because the Candyman is here. A few months ago we learned Jordan Peele may be developing a reboot of the Candyman horror franchise, and now we know exactly how he’ll be involved and who will get behind the camera.

Peele will produce and co-write Candyman along with Win Rosenfeld. The movie is actually untitled at this point and is being described as a “spiritual successor”, so who knows how similar it will be to the original which centered on the titular urban legend, the brutally-murdered son of a slave who can be summoned by saying his name five times. On board to direct is Nia DaCosta, a rising star who made a splash at Tribeca earlier this year with Little Woods, a crime thriller starring Tessa Thompson and Lily James.

Candyman is set to open on June 12th 2020. Here’s Peele’s statement about the news:

“The original was a landmark film for black representation in the horror genre. Alongside ‘Night of the Living Dead,’ ‘Candyman’ was a major inspiration for me as filmmaker — and to have a bold new talent like Nia at the helm of this project is truly exciting. We are honored to bring the next chapter in the ‘Candyman’ canon to life and eager to provide new audiences with an entry point to Clive Barker’s legend.”