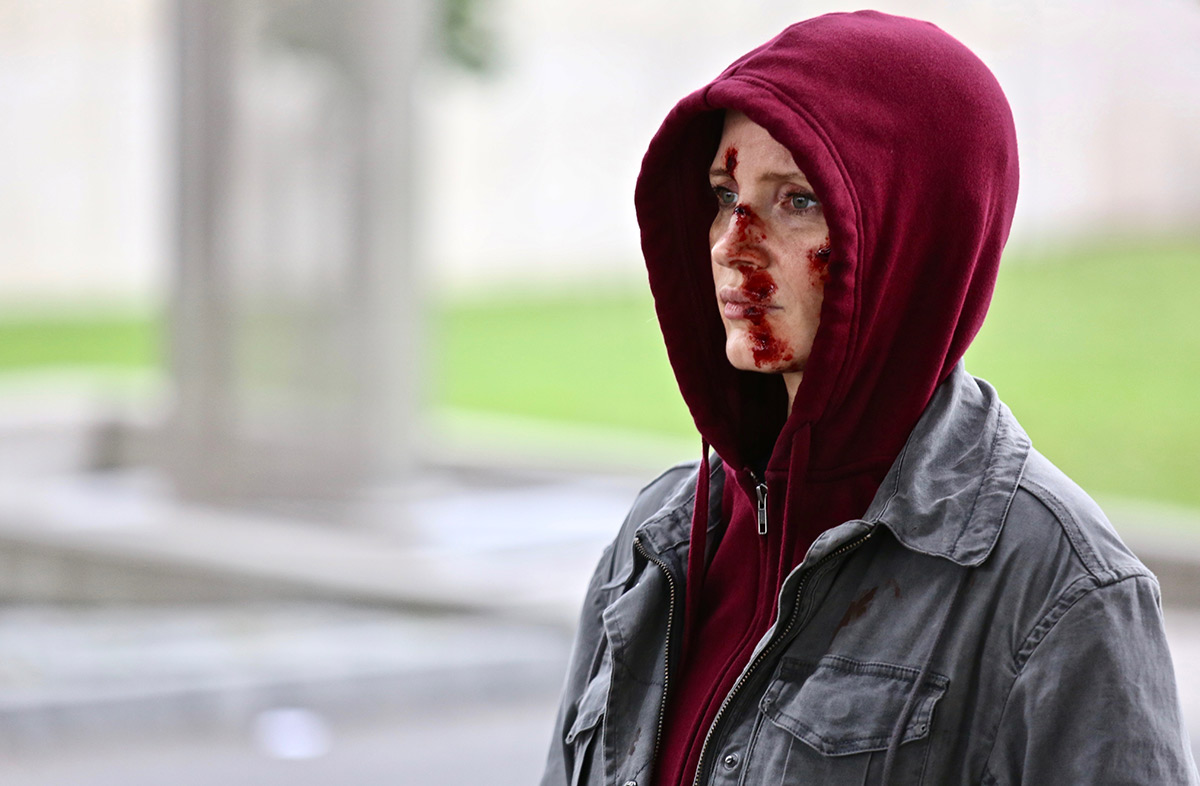 We don’t normally think of Jessica Chastain as an action movie star but she’s been spending quite a lot of time in the genre lately. She fired a bunch of arrows or something in The Huntsman: Winter’s War, and will face Marvel’s mutants in X-Men: Dark Phoenix. She’s put her producing muscle to work casting Penelope Cruz, Marion Cotillard, Lupita Nyong’o and maybe Fan Bingbing in spy flick 355, but next for her is the starring role in action film, Eve, which has just debuted its first image.

Chastain is a bloody mess, but still rockin’ that hoodie in the first pic from Eve. The character-driven film follows a female assassin who is hunted by her former employer after a job goes wrong.  The film co-stars Common, Colin Farrell, Geena Davis, John Malkovich, and Joan Chen.

Chastain’s friend and The Help director Tate Taylor is behind the camera for this one, having replaced Matthew Newton who left when past charges of domestic abuse surfaced.

Eve has yet to set a release date or find a distributor, but don’t look for that to be an issue much longer.