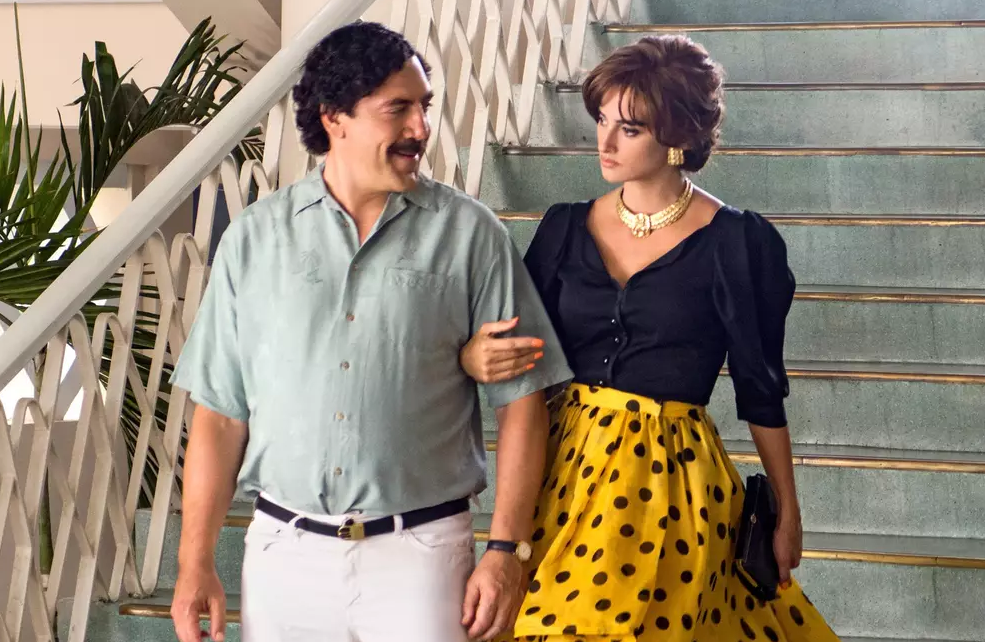 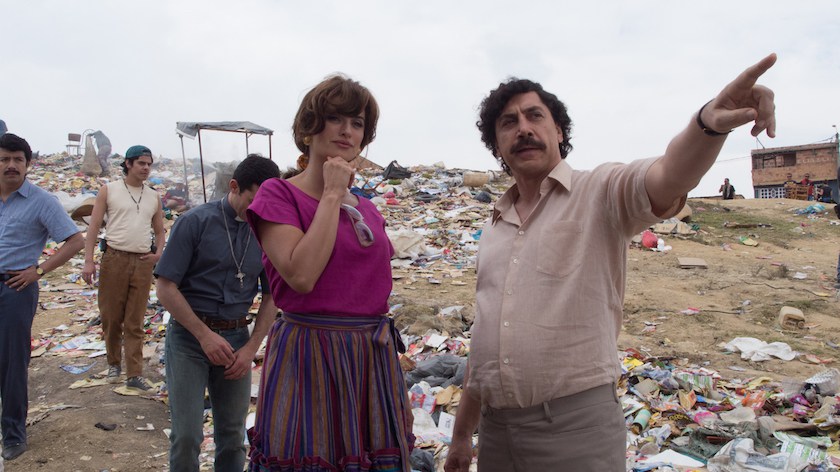 Loving Pablo tells
the story of Pablo Escobar’s (Javier Bardem) rise to power and the collapse of
his empire in the 1980s and 90s. The film also centers around Pablo’s
relationship with Virginia Vallejo (Penélope Cruz) – a popular journalist.
Virginia and Pablo met in 1981 when she visited Pablo and his men for an
exclusive interview. At the time Pablo was working on building his network and
amassing his wealth. At one point, Pablo went from owning a few properties to
being worth over 2 billion dollars in less than 2 years. Pablo was an integral
member of the community and was a man of the people.
The work he was doing for the community provided him leniency and a veil for all
the drug activity that was occurring behind the scenes. At their first
encounter, Pablo takes Virginia to visit an area of the county where he is
funding the building of homes for homeless children and families. This charitable
work is the centerpiece for the story that Virginia reports on Pablo, casting
him in a glowing light. The community is so thankful for his deeds that
children all over are being named Pablo in his honor. Unfortunately for Pablo
Escobar – this crystal clean image he was trying to portray would be short
lived. 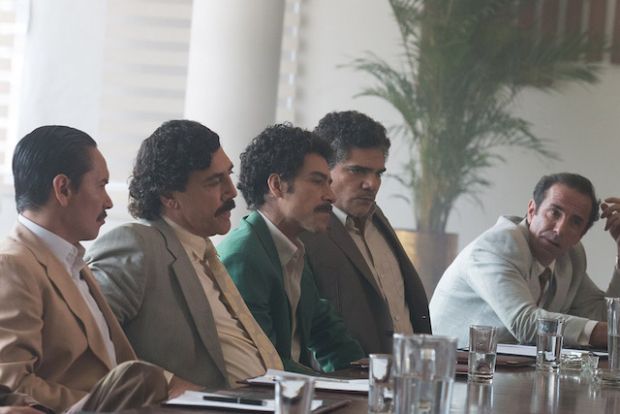 Pablo and Virginia fall hard for each other almost
immediately with Pablo being infatuated by her looks and wit and Virginia
immediately deciding that she didn’t care how Pablo made his money, just how he
decided to use it. This relationship is occurring while Pablo is married with
children, and his wife is aware of it – although she doesn’t approve. Pablo
showers Virginia with gifts, trips, and a look at a whole new life. However,
when the empire starts to crumble, so does their relationship and both of their
lives. Pablo turns into a madman, setting off bombs and taking the lives of
anyone that crossed him as he loses the power and control he so desperately needs.
His actions begin to tear Columbia apart, but he would be happy to see the
country burn if he can’t control it. 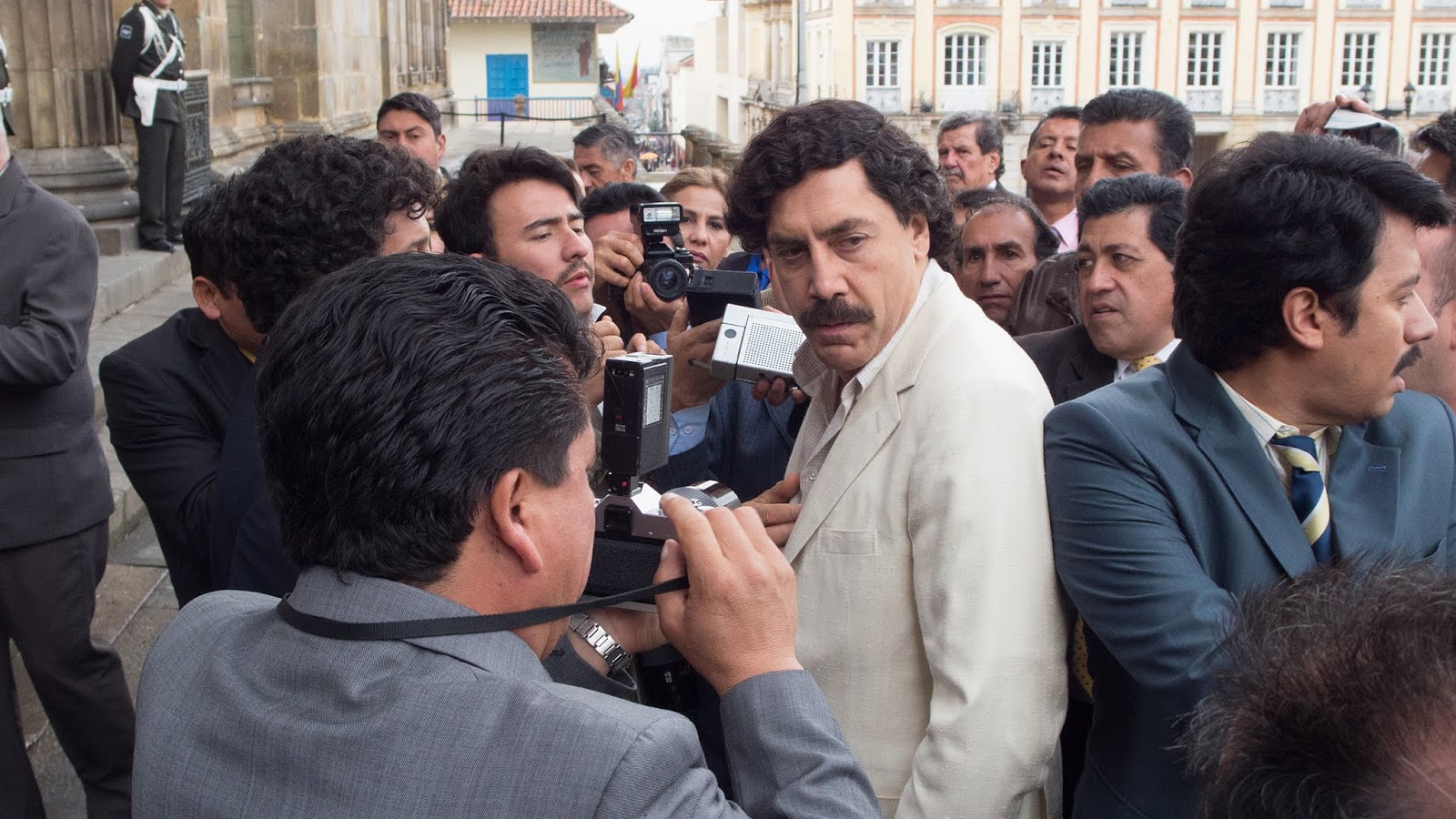 Loving Pablo
gives the audience an interesting look into keys years of the life of Pablo
Escobar. There were multiple times throughout the film where I simply could not
believe how Pablo lived and the power he had. Even in jail he was able to have
guards do whatever he wanted including opening his cell and letting him walk
free while he was living in leisure. Pablo had a large zoo that housed
elephants and other exotic pets for him to admire, was meeting with the heads
of countries and putting together business deals as the head of the cartel on a
regular basis, and was teaching his children about drugs at a very young age.
The movie even goes as far to show how the cartel would close off parts of US
highways to land planes carrying drugs on them undetected. By the time police
and government officials realized what was happening, the drugs would already be
long gone. Loving Pablo is written and directed by Fernando León de Aranoa
and is based off Virginia Vallejo’s book describing her time with Pablo. Aranoa
realizes that the strength of the film is the talents of his main two stars and
tries to highlight them as much as possible. Bardem and Cruz both give strong
performances throughout and complement each other well. Much of the content of
the film has been explored before, but Bardem and Cruz manage to give it a new
twist to keep the audience entertained. Loving
Pablo isn’t anything revolutionary, but it is a decent biopic that is worth
a rainy-day matinee.
Rating: 3 out of 5