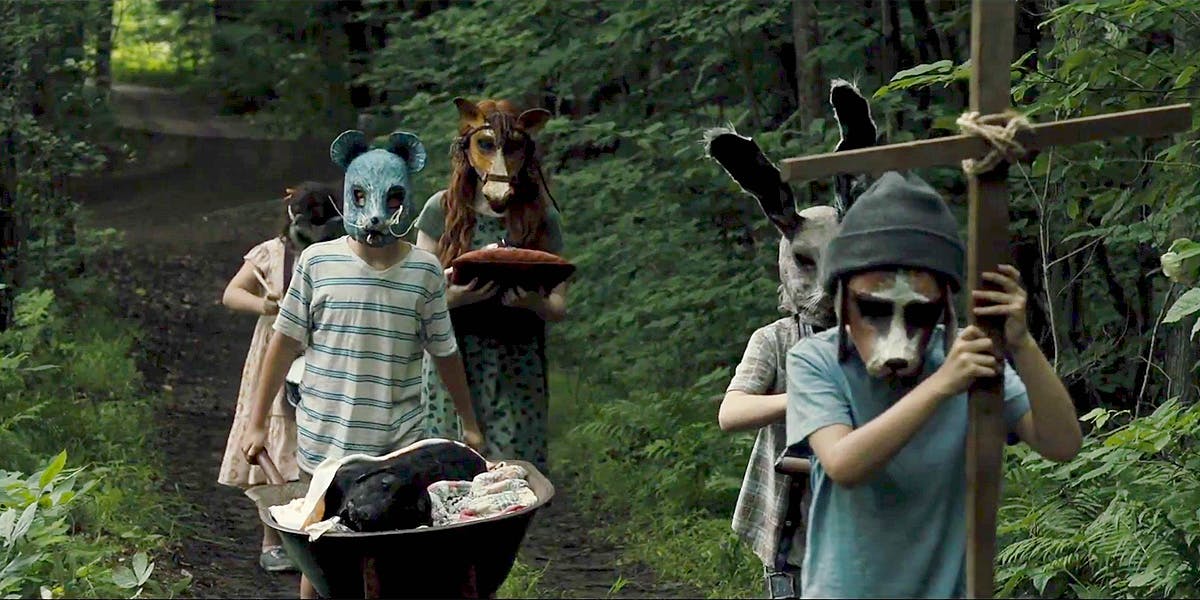 The Stephen Kingaissance continues! After the wild $700M success of Stephen King’s It, we’ve seen the author’s adapted at a rate like never before, and that’s saying something because his novels have always been among Hollywood’s favorites. The next one that looks like it could do for family pets what Pennywise does for a fear of clowns is Pet Sematary, and a creepy first trailer has finally arrived.

Kevin Kölsch and Dennis Widmyer are behind this second adaptation of the 1983 novel, following the 1989 film considered one of the better King movies on the big screen. The story remains pretty much intact, centering on the Creed family who move from the city into the Derry, Maine where they discover a nearby burial ground where things have a nasty habit of not staying buried. Jason Clarke, Amy Seimetz, and John Lithgow are the biggest names involved, but the real star of any King adaptation if Stephen King himself. This version of the story is leaning hard on the horror and folklore aspects, which, at least to me, has it feeling a little bit like The Witch and that’s a very good thing.

Here’s the official synopsis: Based on the seminal horror novel by Stephen King, Pet Sematary follows Dr. Louis Creed, who, after relocating with his wife Rachel and their two young children from Boston to rural Maine, discovers a mysterious burial ground hidden deep in the woods near the family’s new home. When tragedy strikes, Louis turns to his unusual neighbor, Jud Crandall, setting off a perilous chain reaction that unleashes an unfathomable evil with horrific consequences.