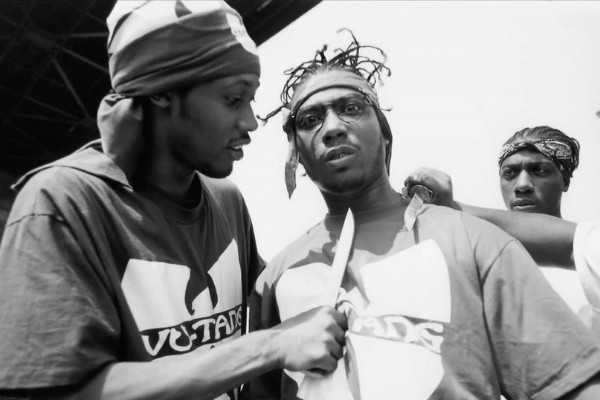 Five years after Wu-Tang Clan member Ol’ Dirty Bastard passed away suddenly, his friend and fellow founding member RZA began developing a biopic to celebrate his life. Titled Dirty White Boy, it would feature the Wu-Tang crew as themselves, and Michael K. Williams cast as Russell Jones aka Ol’ Dirty Bastard. Ever since then we’ve heard nothing about it, while RZA’s Hollywood career has taken off. Now it seems he’s finally ready to get moving on the film, but it won’t be with him behind the camera.

THR reports that RZA is working with Sony to make the ODB biopic a reality, looking at the success of Straight Outa Compton as the obvious model. Surprisingly, RZA will merely produce while a new director is found to take on the project. RZA has kept himself busy over the years, making his directorial debut in 2012 with The Man with the Iron Fists. He most recently directed the New Orleans crime thriller Cut Throat City starring Wesley Snipes.

No writer has been named for the ODB film, which would tell an exciting but tragic story of one of the rap game’s most eccentric figures. His off-the-wall personality and rap style helped him stand out among the legendary Wu-Tang lineup, and he went on to release a number of successful solo albums, as well. But his career was frequently interrupted by arrests, or marred by his personal demons. He succumbed to them in 2004 when he died due to a drug overdose.

Whatever happens, you know RZA isn’t going to let anybody step in and fuck up a movie on his longtime friend. Hopefully it gets off the ground soon in much the same form as before because the casting of Williams was a little too perfect.