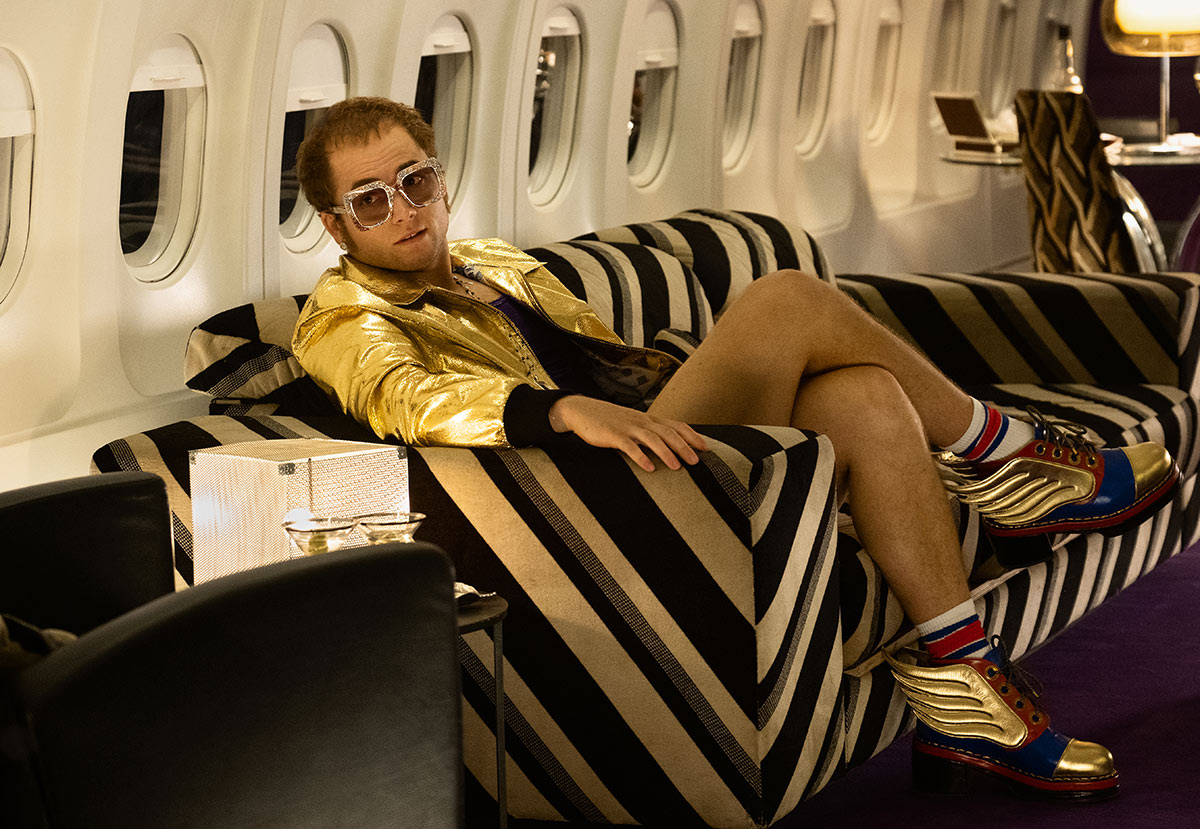 Dexter Fletcher may not be the biggest director around, he’s probably best known for his roles in front of the camera, but he’s got two huge rock music biopics coming up within months of one another. He was hired to replace Bryan Singer on Bohemian Rhapsody, although it’ll be Singer who takes all the credit. And next year he’ll chronicle another superstar ’70s rocker in the Elton John film, Rocketman, and we have our first look at star Taron Egerton as the glamorous performer.

The image perfectly capture the rocker’s, let’s just call it gaudy, fashion sense with the blazing gold jacket, and those sneaks!  Only Elton John could rock those blue and gold feather sneakers and make it look so chill. So Egerton has the look down, and hopefully we’ll hear how he tackles John’s unique voice when the trailer arrives. Egerton proved in the animated film Sing that he has the pipes, but will it be enough to convince skeptics?