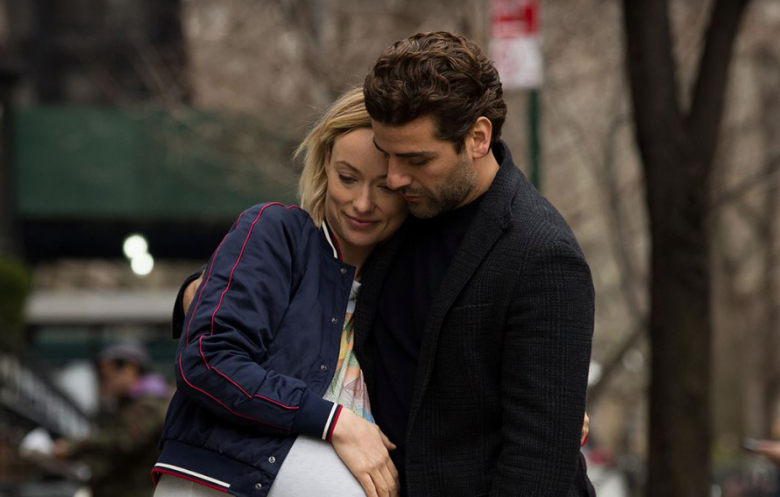 I don’t like to admit this sort of thing but in the case of Life Itself it must be done: I knew within about five minutes that I would hate this movie. Normally, I’m not given to passing judgement on anything so quickly but Dan Fogelman, the guy whose NBC show This is Us has all of your Facebook friends weeping every week, is so self-important and “clever” so early on that it sets the bad wheels in motion. Life Itself is a more pompous Collateral Beauty; a manipulative, preachy and contrived mess full of big stars punching well beneath their weight class.

The only one who is exactly where we expect him to be is Fogelman, who is basically giving you a two-hour version of This is Us. Which begs the question, “Why does it work on the small screen but not as a movie?” Commercial breaks? Life Itself is multigenerational and overwrought, following scads of characters who rarely if ever cross paths but are connected by an event. It’s usually a terrible tragedy, but in this case it’s like multiple tragedies. This damn movie is dark, and gets dark quick, but Fogelman tries to lighten it up with some narrative slight of hand. The irritation begins with Samuel L. Jackson, who both narrates the early going and appears as a version of himself, filling our heads with drivel about who the hero of the story will be. The narration in this movie always gives away whatever theme Fogelman wants to get across, because he doesn’t have the capacity to express it through his characters, nor does he trust the audience to figure that shit out for themselves.

Tragedy befalls the apparent “hero”, a therapist played by the great Annette Bening. But Fogelman pulls the rug out from us; that’s not really the true opening of the movie. It’s all just a façade. Why? Well, later narration has some obnoxious crap for us about unreliable narrators, too.

Divided into chapters to stress how incredibly serious-minded this whole thing is, the film stars Oscar Isaac as Will, a New York City neurotic who has fallen madly in love with Abby (Olivia Wilde). He believes they are a perfect couple, always meant to be. Flashbacks to their courtship in college show the level of Will’s commitment to her and the book of corny shit no guy would ever say;  “I’m waiting for the right moment, because when I ask you out, there’s not going to be any turning back for me.”

But are Will and Abby really happy? What was that about unreliable narrators? The opening thirty minutes of the film are aggravating, but there’s potential in exploring the way in which Will constructs fantasy in his head to cope with life’s many twists and turns. See, life itself is unpredictable. That’s a fine place to start for a movie, but that’s pretty much all Life Itself is. At one point Abby comes up with a college thesis that is, literally, a regurgitation of the whole “life is unpredictable/shit happens” narrative. But like her school paper it is merely an idea and never really explored in a way that is meaningful.

Again, I blame Fogelman for this. Rather than creating characters for the audience to connect with he’d rather shock them with one heart-tugging tragedy after another. We’re soon introduced to Will and Abby’s daughter, Dylan (Olivia Cooke), who is named after, of course, Bob Dylan. If you’re not a fan of the famous singer/songwriter then this movie will be like nails on a chalkboard, because his music is everywhere. And when it’s not playing, his music is referenced repeatedly. Outside of her caring, protective grandfather (Mandy Patinkin, a real pleasure), Dylan’s life is marked by loss, which has made her sullen and angry. Jump thousands of miles away to Spain, and we find out that Dylan’s life is connected to another family. Javier (Sergio Peris-Mencheta) is a simple olive picker who has earned the respect of his co-workers and the notice of his wealthy boss, Mr. Saccione (Antoino Banderas). Promoted to foreman, Javier is now able to care for his new wife Isabel (the always-terrific Laia Costa, doing her best work yet), and young son Rodrigo (Alex Monner), who has dreams of going to New York City. Hmmmm….

Those who know Fogelman will be able to suss out this circular journey pretty quickly, not that knowing makes tolerating it any easier. The Spanish portion of the story, some of it subtitled but the crucial bits in English, have the benefit of gorgeous cinematography taking in the countryside’s natural beauty. But there’s a massive disconnect that Fogelman struggles to fix, and every attempt to do so strains credulity. It works much better when Fogelman stops trying to connect the dots and just lets the story unfold and his actors perform. Isaac is in full Inside Llewyn Davis mode here, showing humor and deep reservoirs of soulfulness and pain that nearly overshadow Fogelman’s mawkish screenplay. Peris-Menchata, Banderas, and Costa are terrific, as well, grounding this drama in a way that it sorely needs. While telegraphed a mile away, the hero-or-villain dynamic between Javier and Saccione could be its own movie, and I would pay to see it. Unfortunately, it’s just a small piece of an unfulfilling, obvious film that never earns the feelings it wants from viewers. Life itself may be unpredictable yet sadly Life Itself is anything but.