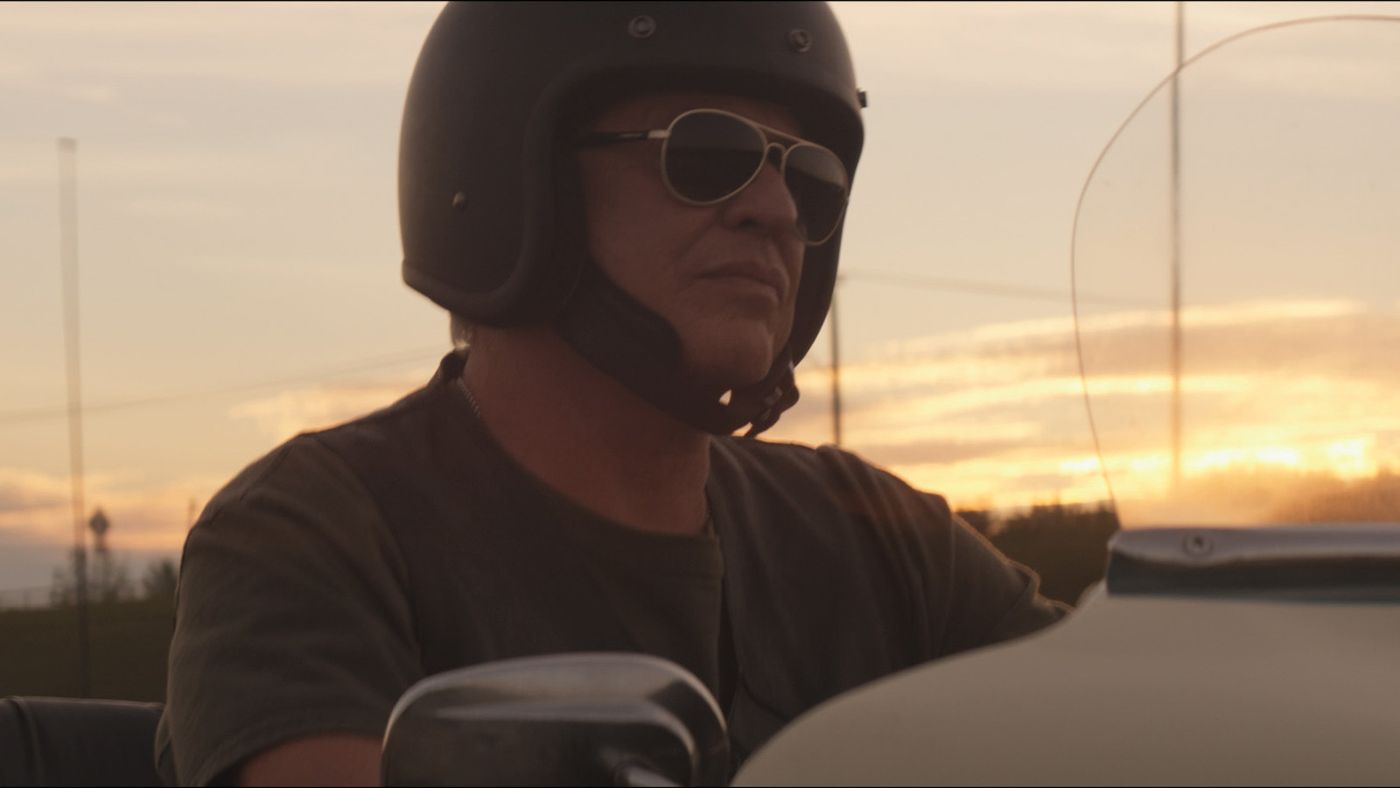 American Dresser tells
the story of John Moore (Tom Berenger), a recent widower with two grown daughters.
John has turned to the bottle ever since his wife, Sandra (Gina Gershon) died of cancer. His family is
falling apart, and his drinking is putting a strain on his relationship with his
two daughters. One day John finds a letter in his wife’s belongings that leads
him to impulsively embark on a cross country road trip to the pacific northwest
on his motorcycle, a trip that him and his wife had planned before she became
ill. John’s longtime friend Charlie (Keith David) is very sick and may have to
have his leg amputated. Charlie convinces John to let him tag along for the journey
– as it may be the last chance he has for the ride of a lifetime – and the two
set off. Before long, Jon and Charlie find themselves in a precarious situation when
John’s bike breaks down. A young hotshot biker named Willie (writer/director
Carmine Cangialosi), who seems to be running from something, comes to their aid
and saves the day. John allows Willie to join the trip, much to Charlie’s
dismay. The three of them continue along the path to the pacific northwest and all
the adventures that lay in their way. 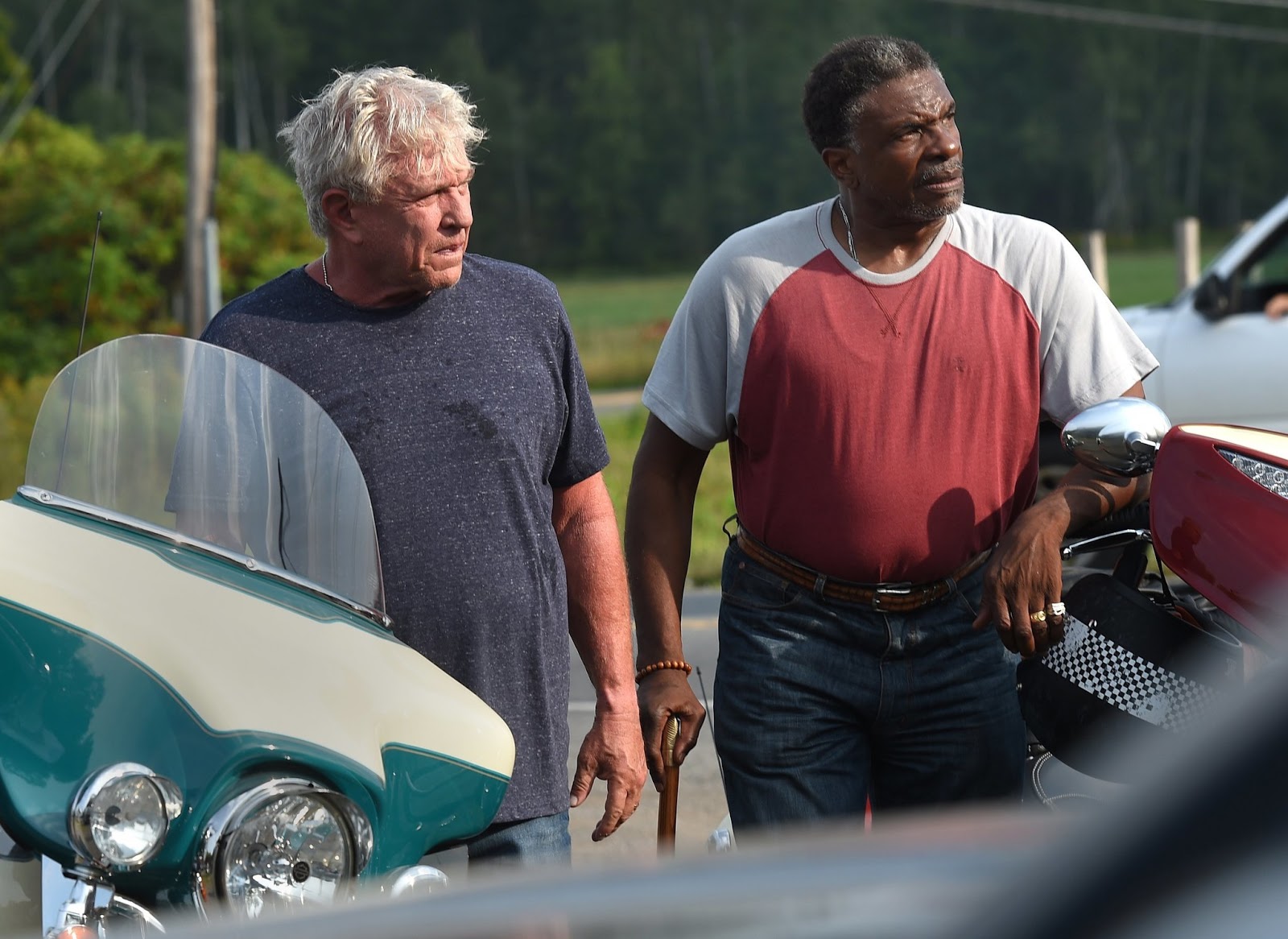 American Dresser
never establishes any significant character development. There are some brief
moments towards the beginning of the film where you can see the anguish John is
experiencing and how his wife’s death is fracturing his relationship with his
daughters. At his wife’s funeral he can’t even bring himself to comfort his
daughter who is falling apart – not being able to find the words to say to help
ease her pain. He wants to be there for her, but just doesn’t know how anymore.
One helpless gaze tells a thousand words about the chasm that exists between
the two of them. 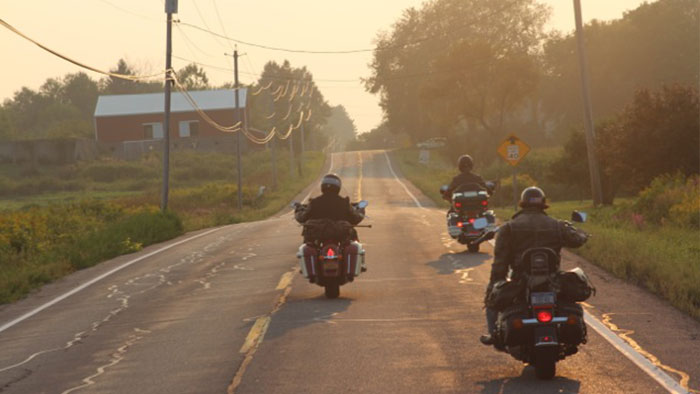 Outside of some scattered brief moments where Charlie
discusses his injury and John relives their moments in the war, American Dresser lacks
at providing any true depth to the characters. John, Charlie, and Willie just go
from stop to stop on their road trip, meeting different people, many absurd,
along the way. There are some dramatic moments and issues the three characters
find themselves in during their trip, but without really connecting with the
characters, it is hard to truly care about the problems that plague them. The
acting leaves a lot to be desired as well. A shaky plot, lack of true care for
any of the characters, and subpar acting is not a recipe for success – you’d be
better off avoiding this trip.