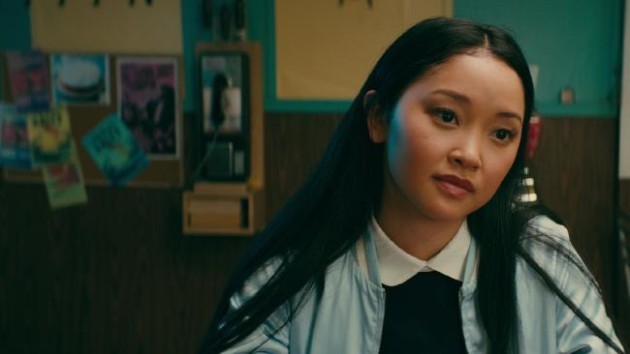 While I keep hoping she gets to lead a remake of Operation Condor, charming All the Boys I Loved Before star Lana Condor is finding other ways to stay busy. She’ll jump from Netflix rom-coms to sci-fi with Warning, from first-time writer/director Agata Alexander.  Condor joins a talented cast that includes James D’Arcy, Charlotte Le Bon, Laura Harrier, Mena Massoud, Alex Pettyfer, and Benedict Samuel. Warning is being described as similar to Wild Tales and Black Mirror, and “explores loneliness, death and the meaning of life when vastly disparate lives collide in interweaving stories set in a near future Earth.” Next up for Condor is a role in Robert Rodriguez and James Cameron’s Alita: Battle Angel.  [Deadline]

Revenge thriller Leave Not One Alive has added Oscar winner Melissa Leo and Assassination Nation‘s Bella Thorne to its cast. Currently filming under the eye of writer/director Jordan Galland, the film brings an interesting twist to the tired genre. Leo plays a theatre actress whose son dies of an accidental drug overdose. Deciding to investigate further, she forms an unlikely alliance with her son’s dealer, played by Thorne, and begins hallucinating some of the iconic roles from her stage career, all of which are urging her to seek revenge. Damn, okay. Jake Weary, Michael Potts, the aforementioned Benedict Samuel, Kevin Corrigan, and Adrian Martinez co-star. [Deadline]