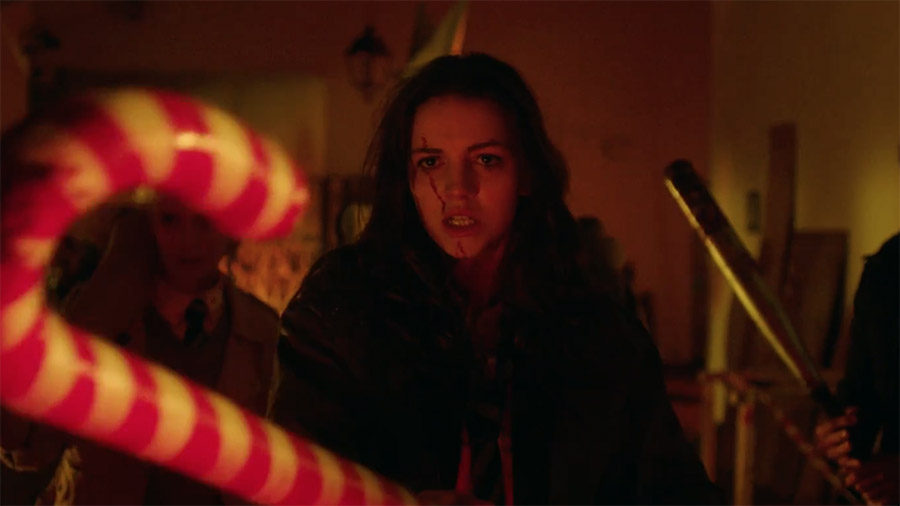 Christmas is right around the corner, and who needs another Nutcracker movie? Not me. So how about something a little different? Okay, a lot different? How about a Scottish holiday musical zombie comedy? That’s what the new trailer for Anna and the Apocalypse promises, and it looks like an unexpected yuletide treat.

This is what I would expect a zombie comedy from John Carney (Once, Sing Street) to look and sound like, but it’s actually directed by John McPhail with Ella Hunt (Intruders) as the title character. While the footage doesn’t reveal the source of the zombie outbreak, it doesn’t really need to. It’s enough to see people singing, dancing, bowling (?) while the undead lurk all around them, occasionally getting their zombie brains bashed in. The comparisons to Shaun of the Dead are pretty obvious, but I think this might hold up pretty well on its own.

Anna and the Apocalypse opens in select cities on November 30th, followed by a nationwide rollout on December 7th.