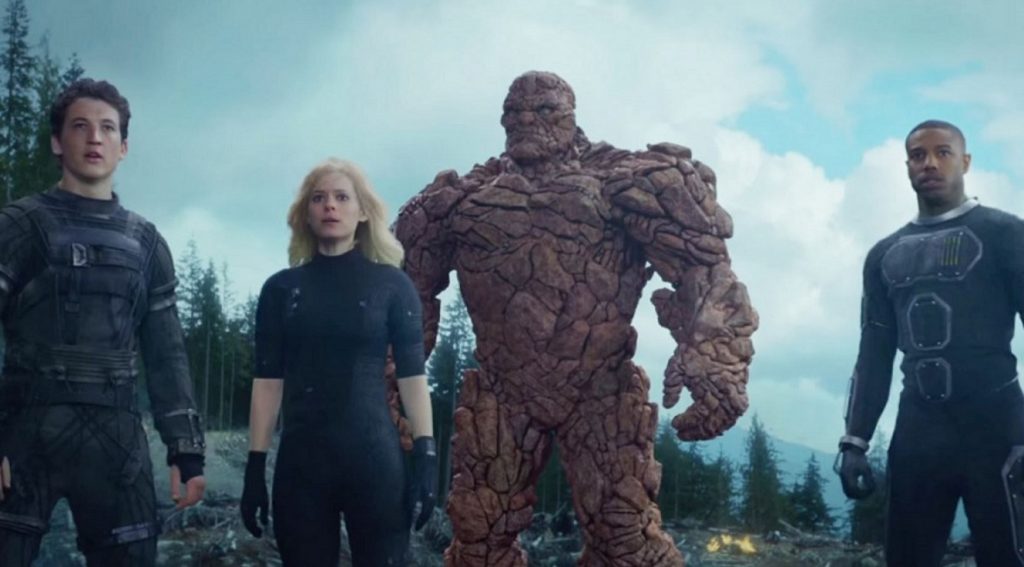 Nowadays it’s really tough to make a Marvel movie that bombs as hard as 2015’s Fantastic Four did. A disaster from top to bottom, it not only saw the ruination of director Josh Trank’s career (for now) for reasons both personal and professional, it somehow only made $168M worldwide and ended the franchise before it ever got going. But there was a chance Marvel’s First Family could have been saved, courtesy of the Merc with a Mouth.

Deadpool 2 concept artist Alexander Lozano revealed images that show then-director Tim Miller planned to include the Fantastic Four, same actors and all but with different costumes. He also released images that showed different take on Cable, Deadpool, Juggernaut, and apparently Cable’s mentor Blaquesmith was nearly in the movie, too.  Damn, we might’ve had a classic Juggernaut vs. Thing matchup on Yancey Street. That would have been amazing,
Unfortunately, Miller departed Deadpool 2 over the dreaded “creative differences”, and was replaced by David Leitch who wanted to do his own thing. Disappointing but understandable, and the film turned out great.
Chances are the next time we see the Fantastic Four will be when/if Marvel Studios relaunch the franchise after the Fox/Disney merger. Maybe then it’ll be “clobberin’ time” for Aunt Petunia’s ever lovin’ blue-eyed Thing. Check out some of the art below, followed by a dirty new teaser for the Deadpool 2 Super Duper Cut which hits stores tomorrow.

THE FANTASTIC FOUR! (The Thing) …character design for the tim miller version of deadpool 2 (5/5). tim Miller was very precise when it came to the description of “the thing”. he wanted to make sure that I orient myself in the design as close as possible to the comic template to finally give us, the fans, what we always wanted to see on the big screen. it may sound surprising, but the supposedly simple task turned out to be a major challenge after several failed attempts than originally assumed – for the sake of my reputation I will spare you all those design errors. “it’s clobberin’ time!” #FantasticFour #Thing #MrFantastic #HumanTorch #InvisibleWoman #AlexanderLozano #Lozano #Marvel
A post shared by Alexander Lozano (@alexanderlozanoart) on Aug 18, 2018 at 9:47am PDT

THE FANTASTIC FOUR! (Human Torch) …character design for the tim miller version of deadpool 2 (5/5). i always loved the short period when johnny storm wore the red version of the team uniforms and liked the idea of honoring this in my designs. #FantasticFour #Thing #MrFantastic #HumanTorch #InvisibleWoman #AlexanderLozano #Lozano #Marvel
A post shared by Alexander Lozano (@alexanderlozanoart) on Aug 18, 2018 at 9:43am PDT