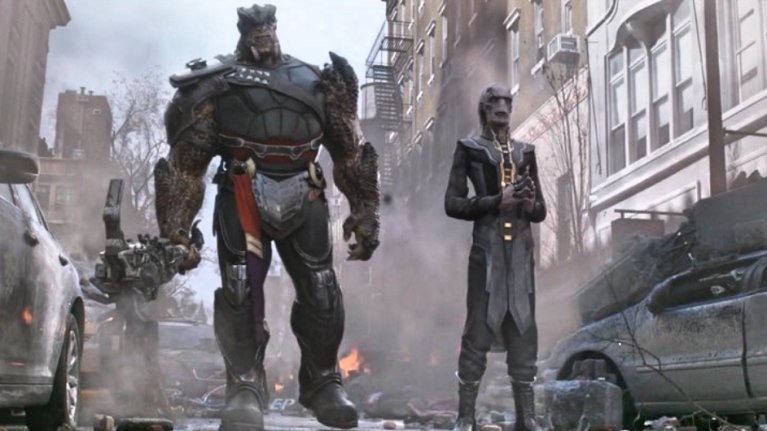 The home release of Avengers: Infinity War has viewers scouring over every frame looking for any missed detail, and it seems one Reddit user has found a big one. Possibly. It involves Brie Larson’s Captain Marvel, who was teased in the post-credits stinger as Nick Fury and Maria Hill made a desperate call to her for help. But it appears the character was actually given a nod much earlier in the film and we all just didn’t see it.

It comes early on as the Black Order’s Ebony Maw and Cull Obsidian are attacking New York in search of the Time Stone. A look at Cull Obsidian’s waist reveals a piece of clothing hanging from it, colored red, blue, and gold with Captain Marvel’s unmistakable insignia. Damn. How did we all overlook that shit?

So what does this mean? Speculation has been running rampant, of course, but the most logical thing we can surmise is that Captain Marvel and Cull Obsidian tangled at some point in the past. Since her film takes place in the 1990s we know she’s been around a while. But does it mean he defeated her and took the garment as a trophy?  Might that explain where her character has been for so many years? Perhaps she’s in stasis, comatose, or even dead? That last one is super unlikely but that’s where some people are going with it.  We don’t really know.

My guess is a little bit different. Captain Marvel is a member of the alien Kree, and she may even be part of the Kree military, with that insignia being commonplace among them. That means Cull Obsidian could have tangled with anybody; perhaps the original Captain Marvel, Mar-Vell, who is played by Jude Law in the upcoming film?

What do you think? Captain Marvel hits theaters on March 8th 2019, presumably when we’ll find out the truth.