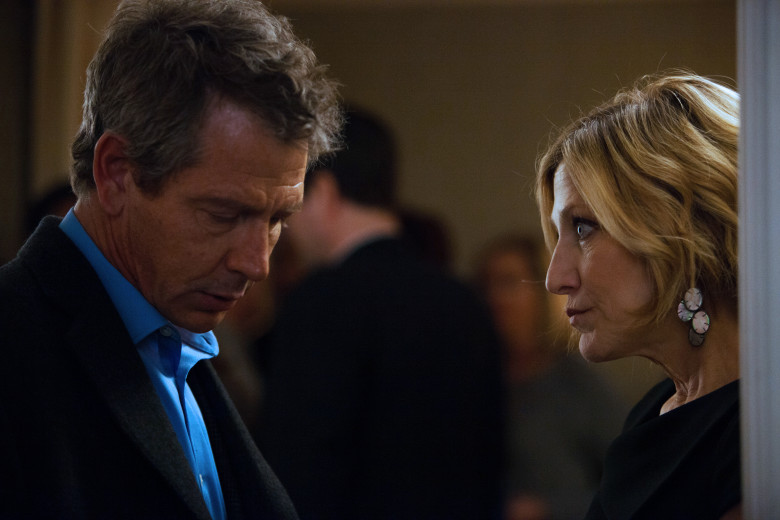 Five years have passed since Nicole Holofcener’s Enough Said, a film that gave Julia Louis-Dreyfus the best big screen role she’s ever had, and was a fitting swan song for the late James Gandolfini. Now after spending some time working in TV she’s back with The Land of Steady Habits, which looks like quite a showcase for the great Ben Mendelsohn. And he’s not playing a villain for once, so that’s nice. Well, he’s not totally bad.

Mendelsohn plays a man stuck in a midlife crisis who makes the rash decision to leave his wife and start anew, only to realize the horrible error of his ways. The film co-stars Edie Falco, Thomas Mann, Connie Britton, Elizabeth Marvel, and Charlie Tahan.

In general I’ve had an issue with Holofcener’s films, which attempt to have us empathize with the  relatively trivial problems of the wealthy class. Enough Said was the first film by her to really win me over, but if anybody can help her do it again it’s Mendelsohn, who is at his best playing playing extremely flawed characters.  Here’s the synopsis:

Anders Hill (Mendelsohn), long ensconced in “the land of steady habits”- the affluent hamlets of Connecticut that dot the commuter rail line-is finally ready to reap the rewards of a sensible life. Into his mid fifties and newly retired, his grown son’s college tuitions paid in full, Anders decides he’s had enough of steady habits: he leaves his wife, buys a condo, and waits for freedom to transform him. Stripped of the comforts of his previous identity, Anders embarks on a clumsy, and heartbreaking journey to reconcile his past with his present.


Netflix plans to release The Land of Steady Habits on September 14th, but it will premiere first at TIFF.