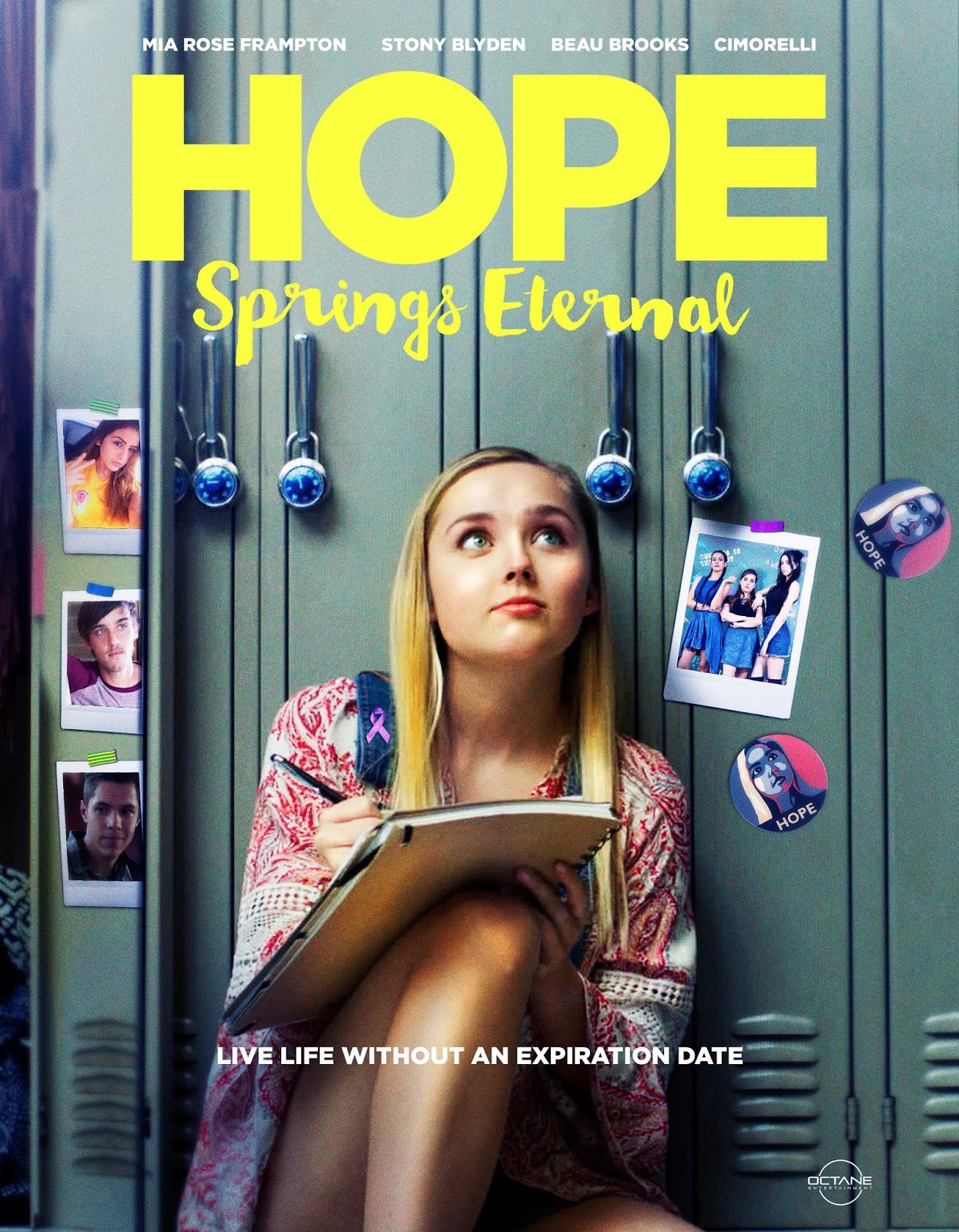 “Hope, you’re so brave being here. Must be depressing seeing people aspiring to have a career” Zoe, the bully of the movie, patronizingly says to Hope, the lead character, who’s cancer remission is something unbeknownst to Zoe.

This line along with many others in this garden-variety, cancer, teen flick called Hope Springs Eternal about a girl whose terminal cancer goes into remission, left a really sour taste in my mouth. I didn’t know if I should take everything that happens in this movie as some kind of meta commentary on the melodramatic teen drama or serious writing that is meant to get at the underlying internal conflict of “how I do begin to live when I’ve been living in preparation for death” that Hope is experiencing due to her illness no longer being able to define her.

There is something admittedly demented about how invested everyone, who is not Hope, is in her cancer. Because of her illness the popular girl, Zoe, wants to hang out with her and give her mani pedis because it’s “therapeutic”; her boyfriend, Kai, as a way of honoring her, puts up “Hope” stickers (reminiscent of Obama’s 2008 campaign) so that “when [she’s] gone, there will be a piece of [her] around the city”; and her posse of fake friends casually say that they have to replace Hope after finding out that she is no longer sick.

I understand that these things could help illustrate Hope’s mildly irrational, first-world problem of feeling like she won’t get the same special attention that she has gotten since being diagnosed with cancer, but that’s all that it feels like. Any kind of sympathy that one could muster up for Hope is null and void as soon as one looks at this entire situation through the lens of “this little girl is just plain ungrateful” which is inevitable. I think that the internal conflict that I mentioned earlier is something that would be interesting to explore; it’s a good base with which to build off of, but this “girl with cancer” storyline was executed horribly.

Speaking of “the girl with cancer” storyline, because this movie so obviously is aware of the histories of the two genres that it takes its inspiration from: the genres of teen, and more specifically, cancer, melodramas – complete with the unnecessary addition of video recorded narration – there were are also times where I found its usage to be rather perplexing.

There are a lot of preset expectations to the two genres that this movie follows beat for beat, but the movie also at the same time gives a lot of knowing winks to the genres through allusions and jokes that come off more as a lazy mockery more than anything.

This then leads the movie to ultimately feel like an exploit of sorts where you find yourself trying to understand where a certain emotion, conclusion, or lecture comes from. None of the resolutions to the many conflicts of this movies felt particularly earned and the 1 hr 15 min runtime for movie doesn’t help.

Because it feels like the filmmakers were ok with pretty much creating a surface level presentation to a story that could’ve met its potential accompanied with lazy self-aware jokes, unrelatable characters, and mediocre acting the result is a movie that does nothing positive to distinguish if from the crowd.