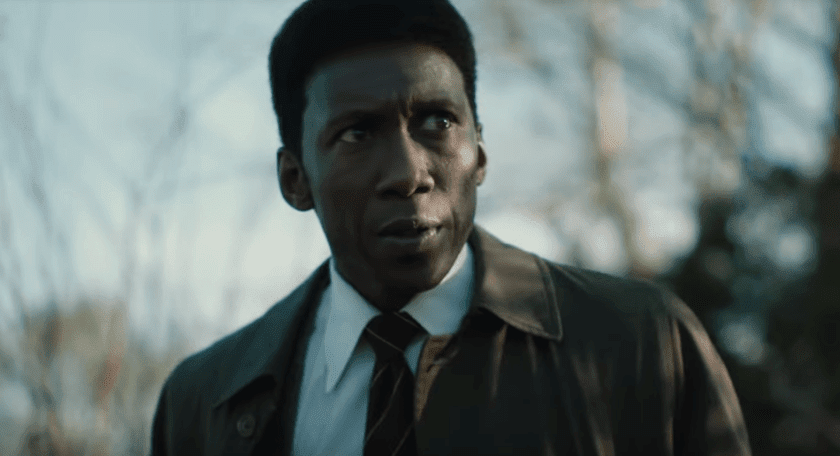 The great thing about HBO is that when they’re on a roll, they jump from one high-profile project right to the next. Tonight was the much-hyped season finale of Sharp Objects, and while that’s already got people buzzing, the network surprised us all by revealing the teaser for True Detective season 3, and it’s arriving much sooner than we’d been led to believe.

Expected late next year, the teaser announces a January 2019 release only five months away. Damn that was quick. The series is set in the Ozarks and stars Oscar-winner Mahershala Ali as detective Wayne Hayes, investigating “a macabre crime” and a mystery that spans three time periods. Stephen Dorff, Mamie Gummer, Ray Fisher, Scoot McNairy, and Carmen Ejogo co-star.

This is looking to be a bounce back season for creator Nic Pizzolatto, after the poorly-received second season. He’s got help from Deadwood‘s David Milch, even enlisting him to co-write an episode, but the production hasn’t been without problems. Green Room and Blue Ruin‘s Jeremy Saulnier was initially set to direct the season but dropped out over creative issues with Pizzolatto. So in his place is Daniel Sackheim, known for directing FX’s The Americans.