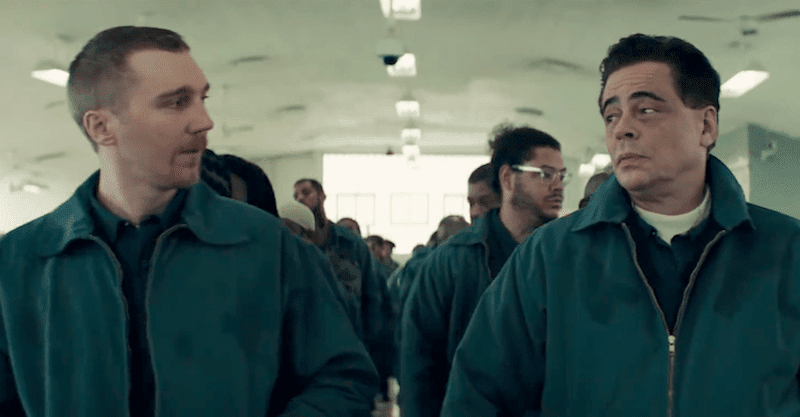 If you followed the reports on the 2015 Dannemora prison escape by convicted murders David Sweat and Richard Matt, then you know the stranger than fiction story is the stuff Hollywood loves. And so it wasn’t surprising when the story was to be adapted for the small screen as a Showtime event series. The unexpected part was that it would be directed entirely by Ben Stiller, in what now looks to be a potentially Emmy-winning effort, thanks in part to his tremendous cast.

Benicio Del Toro, Paul Dano, and an unrecognizable Patricia Arquette star in Escape at Dannemora, and the first trailer for the 8-episode series looks pretty great. On June 6th 2015, convicted murders David Sweat (Dano) and Richard Matt (Del Toro) broke out of the Clinton Correctional Fictional, aided by married prison employee Joyce Mitchell (Arquette) who was having an affair with both men in exchange for the possible murder of her husband. She helped provide the tools for their escape, which led to a 20-day manhunt for them throughout upstate New York.

Still not only directed the series but is exec-producer, yet if you watch the trailer you’d never know it. His name isn’t being used to sell this series, which is interesting, but when you have a cast like this and a story everybody is still excited to learn about I guess there isn’t much need.