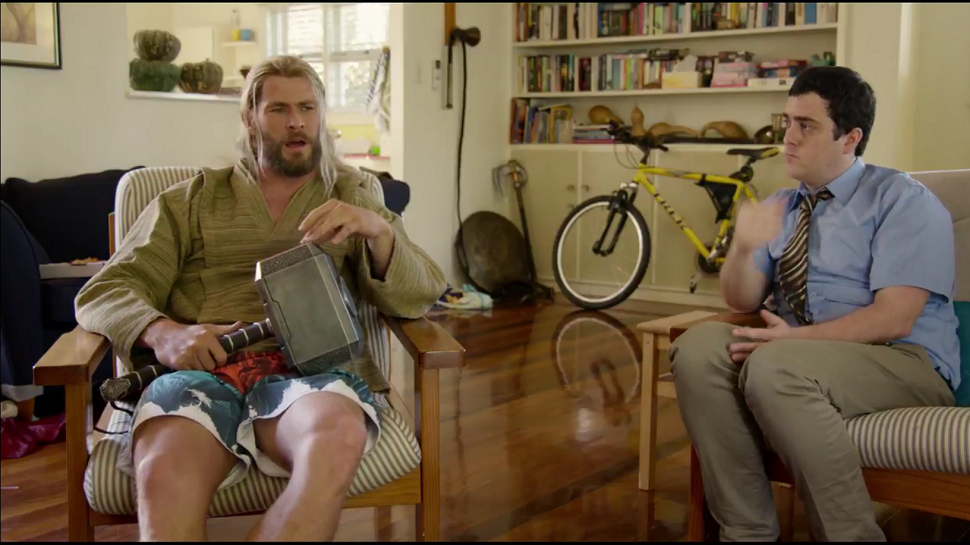 Okay, folks! You can finally exhale that breath you’ve been holding in ever since the dusty finale of Avengers: Infinity War. While not all of Earth’s Mightiest Heroes survived the dreaded “Thanos Snap”, we at leaast know that Earth’s Mightiest Roommate did.

The mighty Thor celebrated a birthday over the weekend, and there to send him a cheery birthday message was his old roomie, Darryl, who we haven’t seen in a while because he’s been working extra hours since Thanos’ snap wiped out half the population. The overtime hours must be killer, but at least Darryl is letting us know that he survived at all.  He’s made of sterner stuff than that Winter Soldier guy, apparently.
We haven’t seen Darryl since those hilarious little short movies released a couple of years ago, in which Darryl struggles to adjust to rooming with a god of thunder. Most recently he had been going through similar pains with Jeff Goldblum’s Grandmaster, and basically problems just seem to follow this guy around. The MCU is not serving him well. It’s only a matter of time before the Hulk uses his car as a baseball bat or something.
Check out the new vid below, along with the originals so you can track Darryl’s progress.