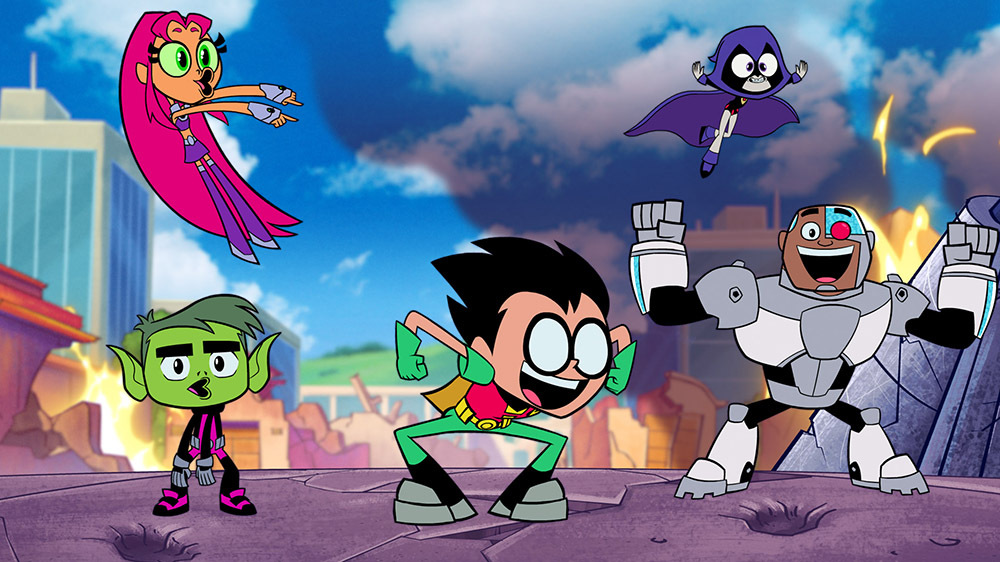 So one of the most surprising movies of the year is Teen Titans Go to the Movies. For those that have no idea what this is here’s a recap. Back in 2003 Cartoon Network debuted an action comedy series based on the DC Comic series the Teen Titans, specifically the era from the early 80s staring Robin (Dick Grayson), Cyborg, Starfire, Beast Boy, and Raven. It was quite popular for its time but after 5 seasons it was put on hiatus for lack of toy sales. Fans and geekdom were salty as they just got hit with the same on Justice League Unlimitedas well. Geek anger tears dried up and kids got older. Some changes happened and then in the current era of Cartoon Network of short funny and weird cartoons like Adventure Time and Regular Show, they decided to do something different and bring back Teen Titans as Teen Titans Go! With all the same voices from the old show but this one focused completely on comedy. And when I say comedy I mean episodes about Cyborg and Beast Boy arguing over the what’s better hamburgers of burritos. To old geeks and old fans of the older show, this was a SACRILEGE!! But to kids, actual ones that you know have spelling homework and go to recess this show is hilarious (it is very very funny) over time this show became one of the biggest hits for the network. Now in 2018, this joke version of one main tenets of the DC Universe has a movie, one that’s the whole goal is to poke fun at the whole genre of superhero movies that’s taken over the movie landscape. So it’s basically Deadpool for kids with no cut off body parts, so let’s dig in.

The plot of this story is simple, the Titans are tired of not being taken seriously by the rest of the DC superheroes. To fix this Robin wants to have the Teen Titans star in a movie because without one you’re just not a superhero. It’s a pretty cool joke since we’re in a time that a character just doesn’t matter unless they have their own franchise. The Titans learn that to get a movie they need an Arch Nemesis – enter SLADE! Also, known as Deathstroke the Terminator, voiced by Will Arnett, who’s there to do the usual supervillain takes over the world bit, but in a way that also is a knock on the current ways of Hollywood. This movie might not be for everyone, it’s truly a kids movie after all. The Teen Titans in TTG (Teen Titans Go!) aren’t portrayed as having deep dramatic teenage moments,  there are other takes on these characters that handle this,  like the new Titans live action show or Young Justice. TTG is fart jokes, silly songs, and jokes about Robin having baby hands. TTG is a place where Lil’ Yachty can be the voice of Green Lantern, Nic Cage can finally be Superman and Batman never, ever talks. One flaw you could point to is that the movie feels like a bunch of episodes strung together. It has a feel, especially in the middle, like you’re binging a whole season of TTG instead of watching a movie. As a bonus, the movie starts out with a short of the new DC cartoon series coming to Cartoon Network DC Super Hero Girls focusing on Batgirl trying to sneak out to team up with her friends to fight Mr. Freeze. It does a great job setting the mood and introducing an audience to another soon to be hit show. This movie is a ton of fun and a great movie to see this summer, especially for kids definitely take some time out and go see this on the big screen.