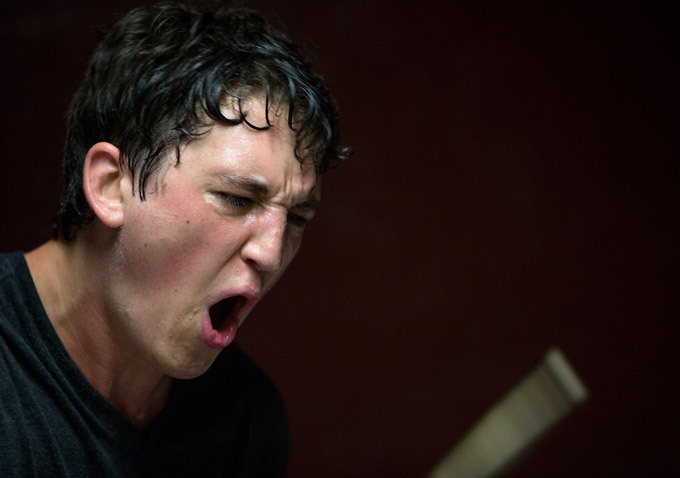 Well, the casting agents for Top Gun: Maverick were showing a need for speed on this one. It was only a few days ago we learned Miles Teller, Glen Powell, and Nicholas Hoult were up to play the son of Nick “Goose” Bradshaw in the long-awaited sequel. And already we know who won the gig, and it’s the guy with an inside track the others didn’t have.

Variety confirms Teller for the role, making this a reteaming with director Joseph Kosinski who he worked with on last year’s firefighter film Only the Brave. He joins Tom Cruise, returning as Peter “Maverick” Mitchell, and Val Kilmer as Tom “Iceman” Kazanski.  While we don’t know how Goose’s son will factor into the plot, the character seems like an obvious choice to be the central focus. Teller has been in some prominent films already; Fantastic Four, Divergent, War Dogs, and of course Best Picture contender Whiplash, but this could be the one that really gets him noticed. Assuming he gets any time with Cruise still around taking up all the oxygen.