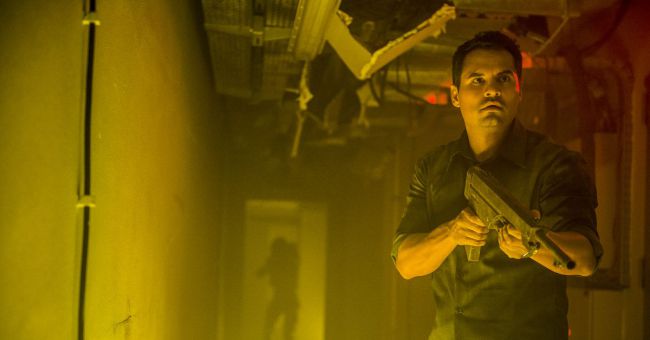 For a time it looked like the Michael Pena alien invasion flick Extinction was never going to come out. The fan-favorite character actor is afforded so few lead opportunities it was a huge disappointment when Universal pulled its January 2018 release date. Fortunately, Netflix threw some of that cold hard cash around and acquired it just days later, and now today we have the first trailer. As usual, it arrives with the actual release right around the corner.

Directed by Ben Young and co-starring Lizzy Caplan, Israel Broussard, Emma Booth, and some guy named Mike Colter (Luke Cage, duh), the film finds Pena as a man who has terrible dreams of losing his family to an attack of some kind. While nobody believes him at first, they come around when the planet is suddenly invaded by an alien force bent on its destruction. That’ll learn ’em!

It looks like another big film for Netflix as they look to deliver more blockbuster content to their subscribers.  Extinction will be available to watch on July 27th.