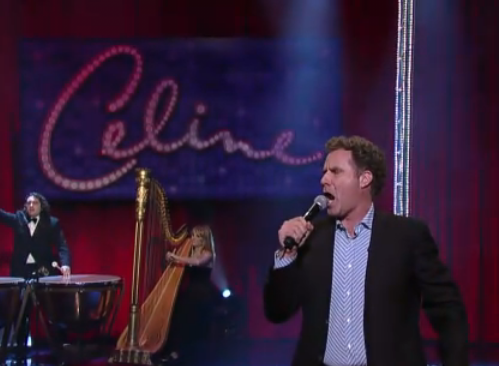 Could it be Will Ferrell vs. ABBA in a Eurovision battle royale?! The actor has agreed to break out his singing voice for the Netflix comedy Eurovision, which he will star in and co-write alongside Andrew Steele.

Eurovision is based on the international singing competition held between 40 member countries and broadcast over television since its founding in 1956. Each country submits an original song to be entered into the Eurovision Singing Contest, which is then performed live on television and votes later cast to determine the winner. This year was one by Israel’s Netta for the song “Toy”. Some previous winners include Celine Dion, and the aforementioned ABBA who won in 1974. Ferrell and Steele have worked together numerous times, including on A Deadly Adoption and Casa de mi Padre.

This continues Ferrell’s relationship with Netflix through his production company, Gary Sanchez, which recently released the Netflix vacation comedy Ibiza. Ferrell has broke out into song in plenty of films but especially on SNL, usually in a silly and over-the-top way. I’m guessing he’ll do the same here as some kind of misfit looking to win the competition.  [Deadline]