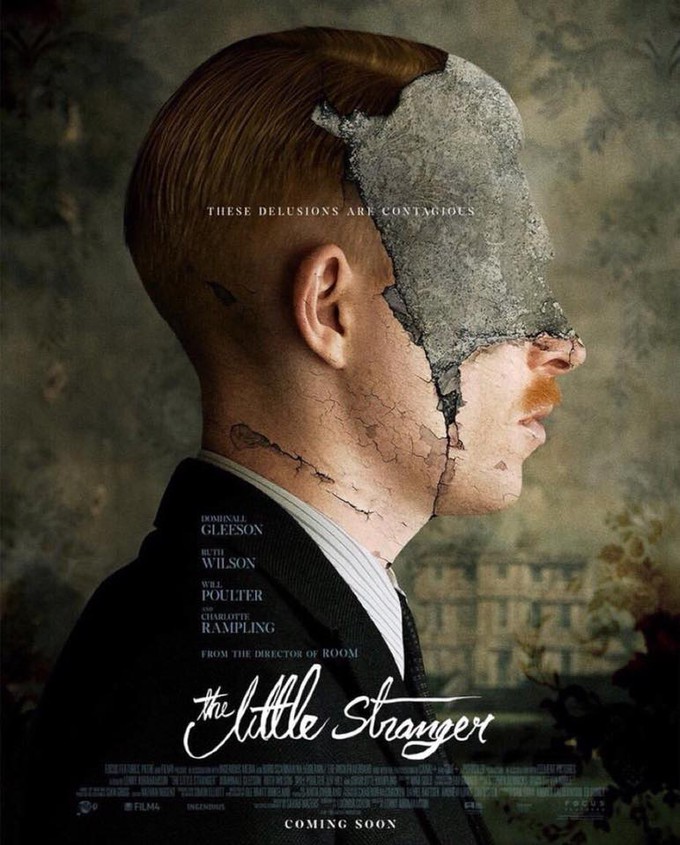 If there’s anything that has defined Lenny Abrahamson’s career up to this point, it’s his versatility and unpredictability. The Oscar-nominated Room director preceded that film with the offbeat musical comedy, Frank, and the two couldn’t be more different. Now he’s taking another sharp left turn with The Little Stranger, a gothic horror led by Frank star Domhnall Gleeson.

Penned by Lucinda Coxon (The Danish Girl) and based on Sarah Waters’ novel, the film is set in 1948 when a country doctor treats a patient at the home where his housemaid mother used to work. There he encounters the strange family living there now, and ominous things start to occur. It looks to be a creepy little ghost story of a psychological nature, and the cast surrounding Gleeson is really strong. Will Poulter, Charlotte Rampling, and Ruth Wilson are just another reason to be intrigued by what Abrahamson has in store.

Here’s the synopsis: Dr. Faraday, the son of a housemaid, has built a life of quiet respectability as a country doctor. During the long hot summer of 1947, he is called to a patient at Hundreds Hall, where his mother once worked. The Hall has been home to the Ayres family for more than two centuries and is now in decline. But Mrs. Ayres, and her two grown children, Caroline and Roddy are haunted by something more ominous than a dying way of life. When he takes on his new patient, Faraday has no idea how closely, and how terrifyingly, the family’s story is about to become entwined with his own.