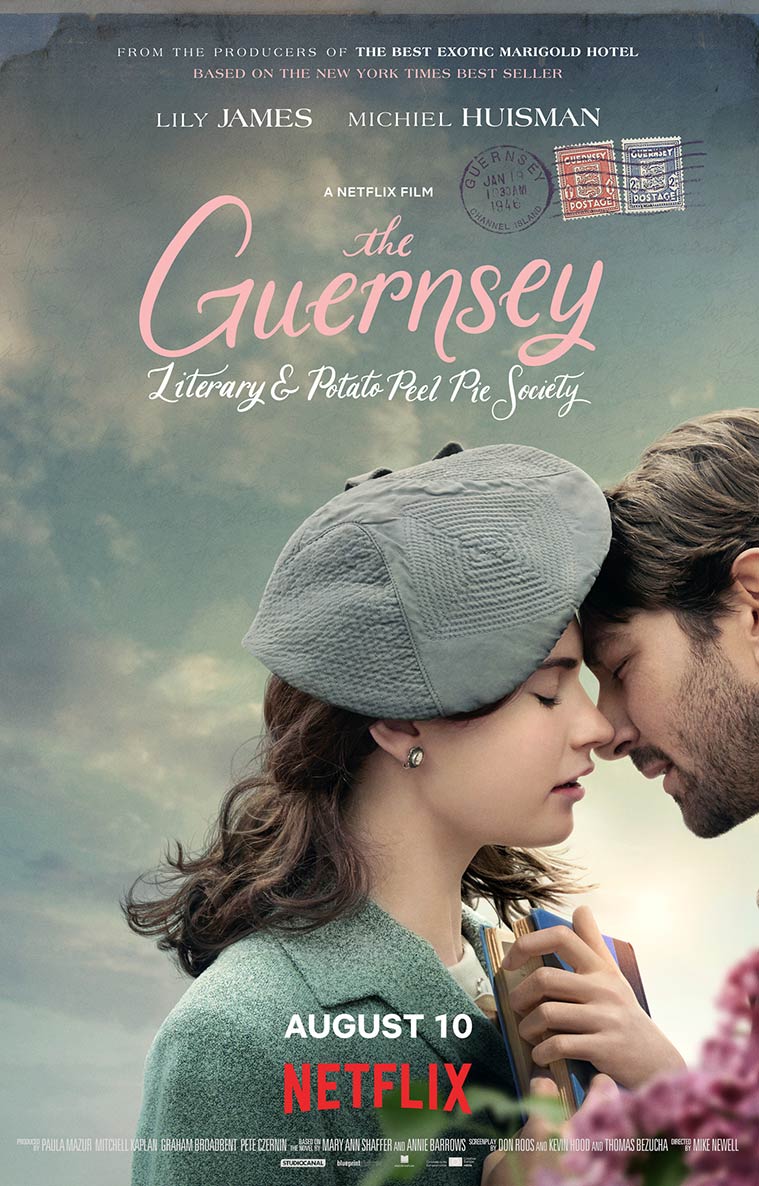 Would you watch a movie titled The Guernsey Literary & Potato Peel Pie Society? I have a feeling the vast number of American moviegoers will absolutely refuse, but they might be missing out. The period romance drama is based on the bestselling 2008 novel that immediately became a hot property around Hollywood. A wealth of talent is involved in front of and behind the camera with Mike Newell (Four Weddings and a Funeral, Harry Potter and the Goblet of Fire) directing and Lily James, Glen Powell, Jessica Brown Findlay, Michael Huisman, Matthew Goode, Penelope Wilton, Tom Courtenay, and Katherine Parkinson starring.

Set during WWII, the story centers on a free-spirited writer who falls in love with the eccentric members of a book club that formed while Guernsey was under German occupation. It looks positively charming and like it would appeal to the Downton Abbey crowd, which may explain why it got a U.K. theatrical release but domestically will arrive on Netflix. Here’s hoping it doesn’t go down the memory hole like so many of the streaming network’s movies do.

‘Top Gun: Maverick’ Trailer: Tom Cruise Is Back In The Danger Zone