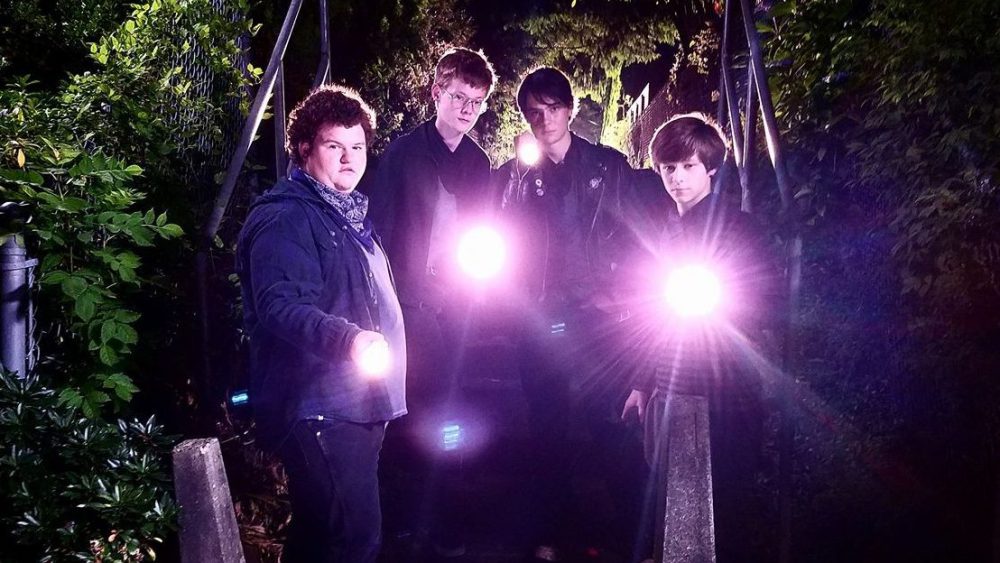 The success of Stranger Things has led to a number of nostalgic coming-of-age stories set around the same time period. You can count Summer of ’84 among them, and I think it’s a film that will prove very divisive if the reviews out of Sundance are any indication. While the throwback tone will feel very familiar to fans of Netflix’s hit series, it thrusts a group of neighborhood kids in a situation that is even darker if you can believe it.

Directed by François Simard, Anouk Whissell, and Yoann-Karl Whissell (collectively known as RKSS), the story takes place in the summer of 1984 when a group of friends begin to suspect one of their neighbors is a serial killer.  Graham Verchere, Judah Lewis, Caleb Emery, Cory Gruter-Andrew, Tiera Skovbye, and Rich Sommer star. So not much in the way of big stars but it’s the tone that is the major appeal here. If you don’t know these directors they’re the same folks behind Turbo Kid, and the vibe is very similar.

So as I said before, the reaction to it at Sundance was very divisive. That was where I saw it, having no idea what to expect, and basically left not feeling much of anything for about 80% of it. And then….damn, does this thing get dark!! It just hits you across the face with a surprising level of violence that makes you wish the entire thing had taken such risks.