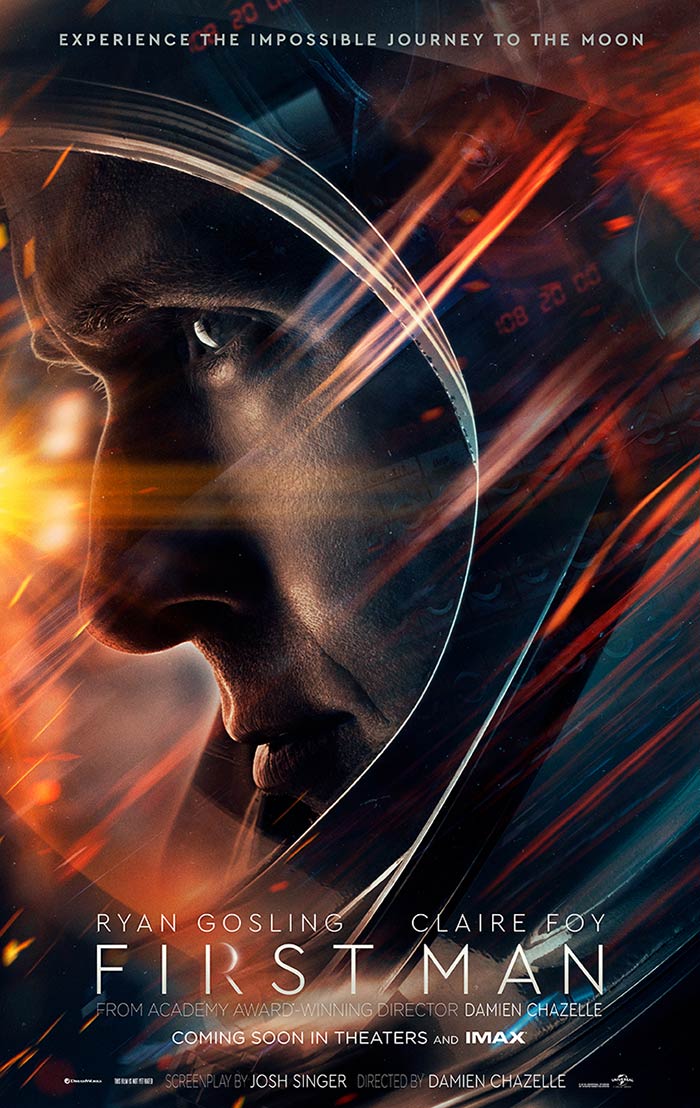 With First Man, Damien Chazelle finds himself in a new place in his career. While his first two features, Whiplash and La La Land, were Best Picture nominees there was a certain “prove it” attitude that surrounded them. No Chazelle has done that, and this film has been seen as a likely awards contender since the day it was announced. Now the goal is living up to the expectations, and we’re getting the first trailer on the way to seeing if Chazelle can do it.

Reuniting with Ryan Gosling, Chazelle sets out to direct the story of Neil Armstrong, the first man to walk on the moon. Josh Singer (Spotlight) wrote the script, making this the first time Chazelle isn’t directing his own screenplay.  Others in the cast include Claire Foy, Corey Stoll, Kyle Chandler, Jason Clarke, Shea Whigham, Patrick Fugit, and Jon Bernthal.  Here’s the synopsis:

On the heels of their six-time Academy Award-winning smash, La La Land, Oscar-winning director Damien Chazelle and star Ryan Gosling reteam for Universal Pictures’ First Man, the riveting story of NASA’s mission to land a man on the moon, focusing on Neil Armstrong and the years 1961-1969. A visceral, first-person account, based on the book by James R. Hansen, the movie will explore the sacrifices and the cost—on Armstrong and on the nation—of one of the most dangerous missions in history.