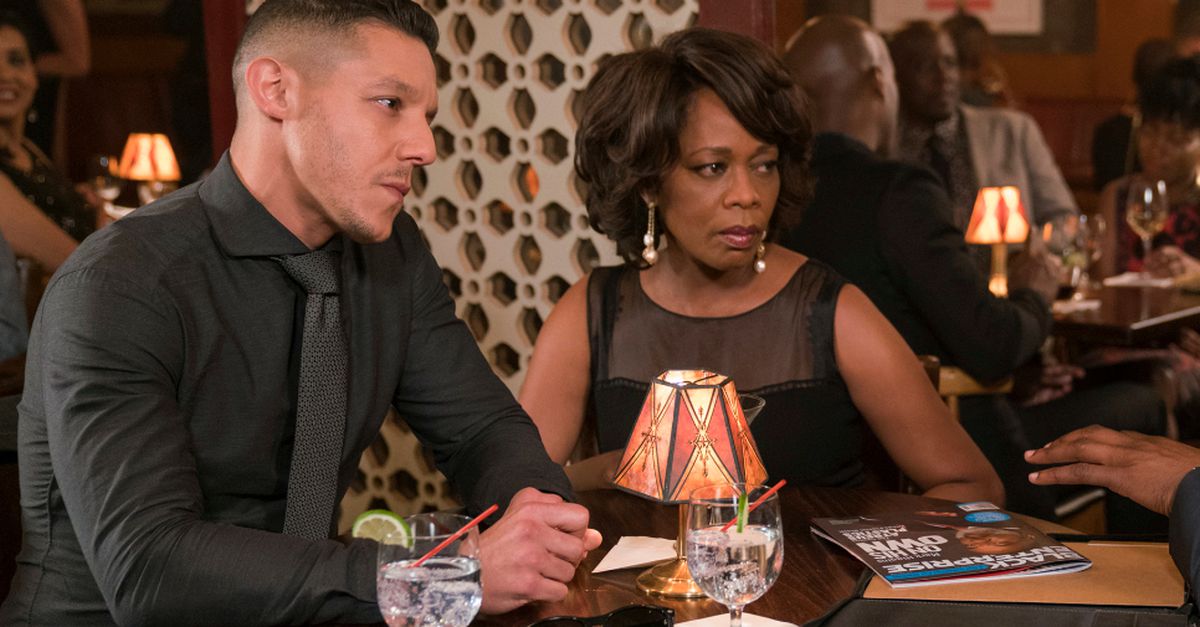 “Black women have always had superpowers, turning pain into progress”, says Harlem crime boss Mariah (Alfre Woodard) in the new trailer for Netflix’s second season of Luke Cage.  Of course, she’s a villain so it becomes all about her, finishing with “Harlem doesn’t need a hero. It needs a queen.” She says, with the crown on Biggie Smalls’s head positioned atop hers just like we saw on Cottonmouth in the previous season. Can’t be a coincidence.

That said, Mariah actually does need some superhero help from Luke Cage (Mike Colter) when Bushmaster (Mustafa Shakir) starts taking over her territory and a gang war breaks out. However she might be asking too much since Bushmaster is just as strong and just as indestructible as Cage has proven to be. It’s a smokin’ hot two minutes of footage, set to the scorching sounds of The Fugees’ “Ready or Not”, that may be the most impressive look at the new season yet.

Also, check out a new featurette on Misty Knight (Simon Missick) that doubles as a news story on her new bionic arm, provided by those fine folks at the Rand Corporation.

“More than an arm. It’s a chance to get back to work.” pic.twitter.com/V2dXIfwOF8