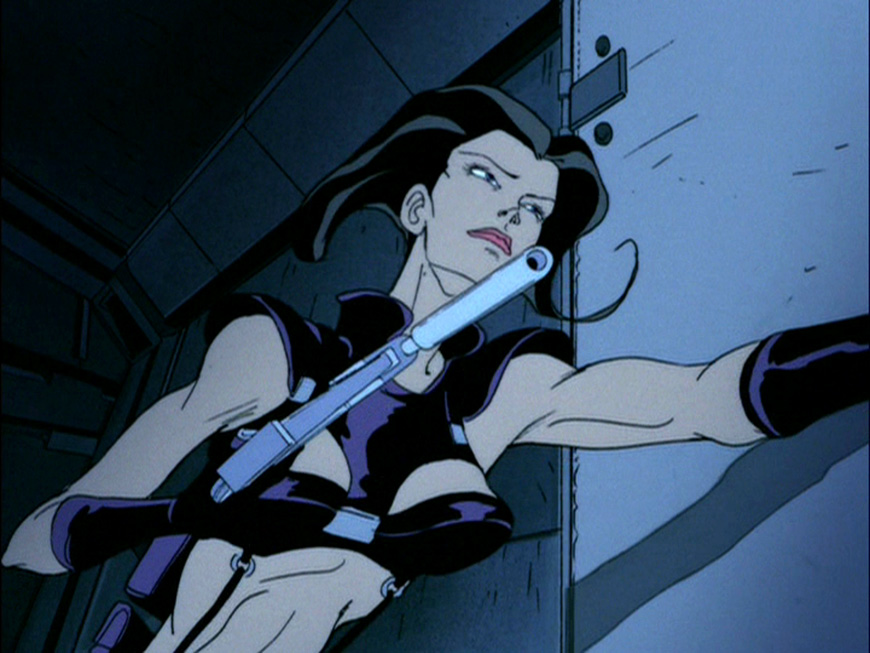 If the words “Liquid Television” mean anything to you then you’re probably old enough to remember MTV’s Aeon Flux. It was a series of avant garde animated shorts for MTV’s Liquid Television brand by animator Peter Chung in 1991. The action-packed shorts were incredibly popular and more episodes were released a year later and again in 1995. Somehow that led to a terrible 2005 live-action movie directed by Karyn Kusama and starring Charlize Theron during Hollywood’s first attempt to turn her into an action star.  Now the series is making a comeback, thankfully on the small screen where it belongs.

MTV has ordered up a live-action Aeon Flux series, making this the first time it’s been done in that format. The Walking Dead‘s Gale Anne Hurd will exec-produce, having also produced the 2005 film, while Teen Wolf showrunner Jeff Davis will write the script. The original series of shorts were set in the future and followed a followed a young anarchist assassin as he attempted to infiltrate a neighboring police state to kill its leader. The episodes tended to end with Aeon Flux being killed in some odd fashion. What I remember most is the weird intro that always freaked me out. Bugs, man. Can’t mess with ’em.

Here’s the synopsis for the new series, and it isn’t terribly different:  The live-action series is set in a future dystopian state and revolves around a young assassin who teams with a group of biohacking rebels to save humanity as she becomes the hero known as Aeon Flux.

Aeon Flux teased a rich mythology that we never got to see explored, so here’s hoping Jeff Davis can make it happen.