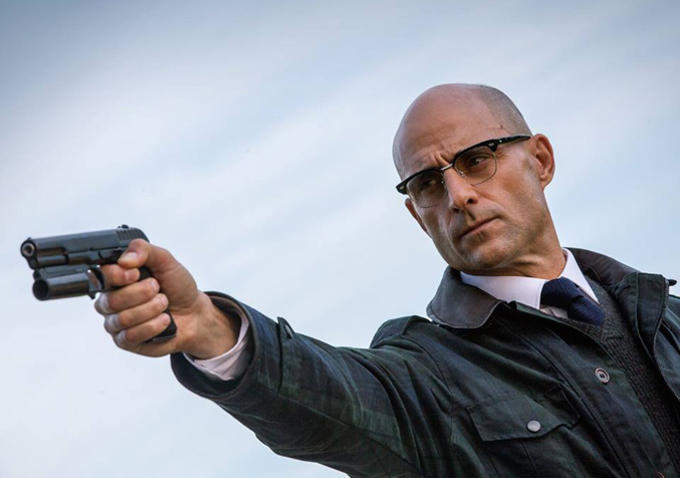 I bet if I looked hard enough I could find a site petitioning for Brit character actor Mark Strong to be James Bond. The actor has actually been very close friends with actual 007 Daniel Craig for years, and has been a source of information regarding the actor’s future as the secret agent. He’s even been rumored to join the franchise a time or two in the past, with nothing ever coming of it. Instead, Strong gravitated to the spy riffing Kingsman movies in a supporting role.

Now there seems to be credible information that Strong will finally star alongside his pal in the upcoming 25th James Bond movie. “Credible” if you believe social media hashtags. Strong’s celebrity trainer Giacomo Farci posted on Instagram about one of the actor’s workout, and there among the hashtags is #jamesbond, #bond25, and #007.  Should we take that to mean what it appears to mean?  Makes sense to me. Rumors have been started on far less, trust me.

I’d love to see him in a similar weapons-crafting capacity as his role in the Kingsman movies, but the job of Q has been filled by Ben Whishaw, right? Of course, there’s nothing that says Whishaw is definitely returning, is there?