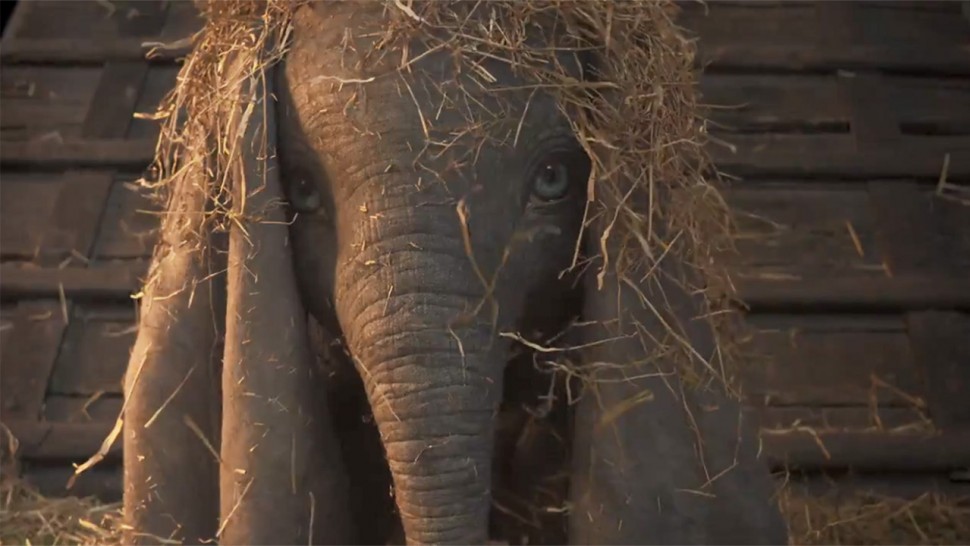 Disney had a surprise for us this morning, releasing the first teaser trailer for Tim Burton’s live-action Dumbo. The anticipated remake was expected to be part of Disney’s CineEurope presentation today, but they decided to get out in front of it with an impressive piece of footage that shows off the special effects which may rival those of Jon Favreau’s The Jungle Book.

Colin Farrell stars as Holt Farrier, a former circus showman who returns from the war a widower with two kids to take care of. But he’s still got the circus, and he’s hired by owner Max Medici (Danny DeVito) to take care of Dumbo, a newborn elephant with gigantic ears that have made him a laughingstock.  The teaser shows Holt and his kids’ first encounter with the elephant, hidden under a bale of hay. We also see images familiar to fans of the classic 1941 film, such as the pink elephant sequence and Dumbo’s first-time soaring under the big top. There’s also an updated version of the Oscar-nominated song “Baby Mine”.