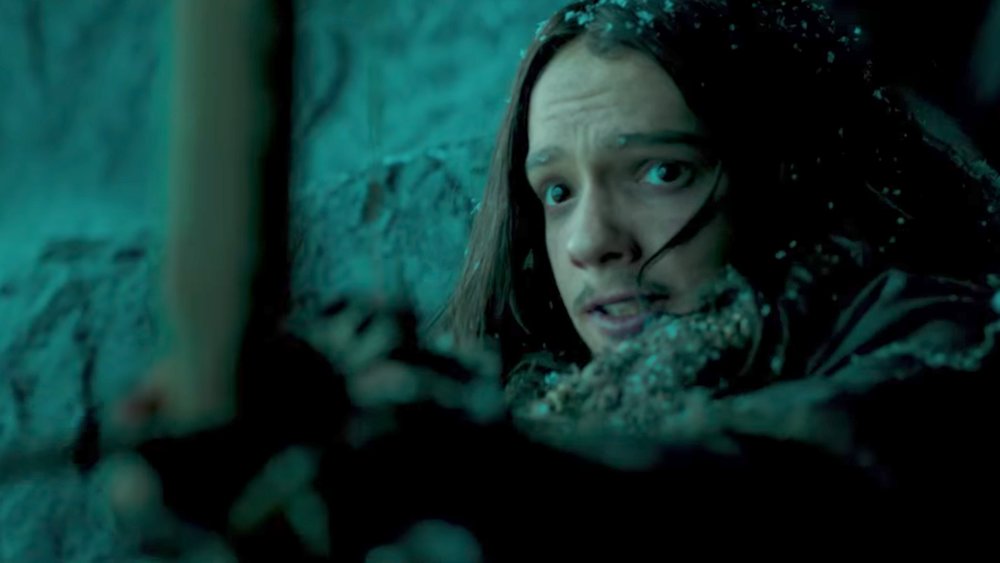 Nearly a year ago we received the first trailer for prehistoric survival thriller, Alpha, from Menace II Society director Albert Hughes. At the time the film, which stars Kodi Smit-Mcphee as a hunter  who is left for dead and must survive the harsh elements with the help of an injured grey wolf, was due to open last March. However it got pushed back to later this summer, and the new trailer hopes to remind you that this movie is still coming out.

This almost looks like an entirely different movie. The previous trailer painted a much darker picture, while this one resembles an uplifting Disney film about a boy and his dog. This version will probably be a much easier sell so I can’t really blame Sony for the change in direction.

Here’s the synopsis:  ALPHA is an epic adventure set in the last Ice Age. Europe, 20,000 years ago. While on his first hunt, an initiation to his tribe’s most elite group, a young man, Zeta (Kodi Smit-McPhee), is injured and left for dead after a bison hunt goes horribly wrong. Awaking to find himself broken, alone, and miles from his village – he must learn to survive and navigate the harsh and unforgiving wilderness. Reluctantly taming a lone wolf, Alpha, abandoned by its pack, the pair learn to rely on each other to hunt and become unlikely allies, enduring countless dangers and overwhelming odds in order to find their way home before the deadly winter arrives.