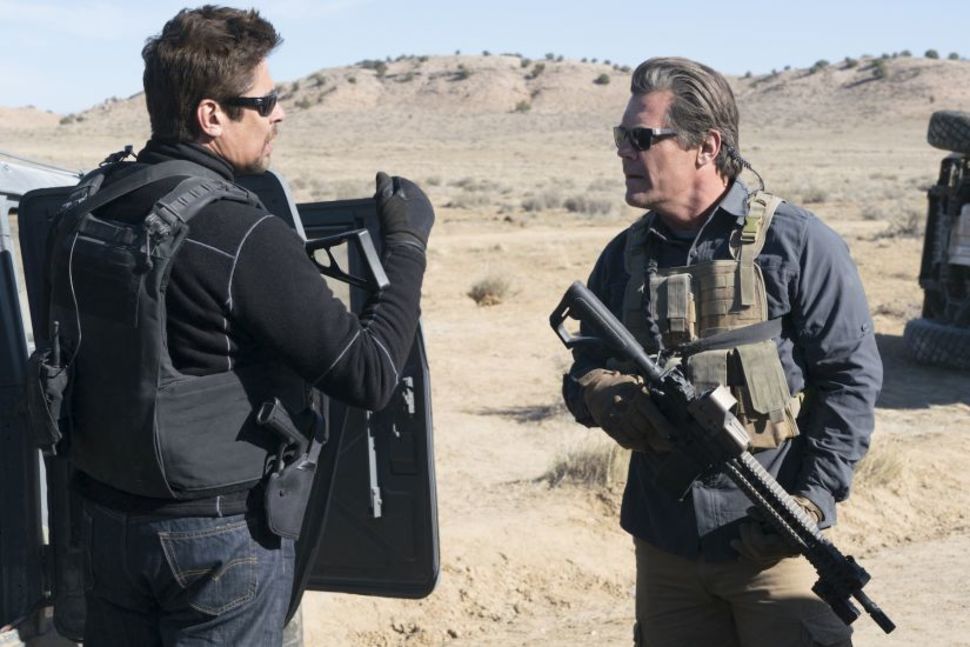 I don’t know if anybody was asking for a sequel to Denis Villeneuve and Taylor Sheridan’s moody and brilliant Sicario, but let’s just be happy that we’re getting one. While the director has been replaced by Stefano Sollima, and all of the trailers suggest more of an action movie than before, we know that simply won’t be the case with Sheridan again providing the screenplay. Plus it gives us the chance to see more of Josh Brolin and Benicio Del Toro as those crazy federally-authorized motherfuckers Graver and Alejandro.

The two are back on the hunt to stop deadly Mexican drug cartels, but this time the leash is definitely off. If you thought they went pretty buck wild before, you ain’t seen nothing. Brolin has been cutting a swath through everybody in Deadpool 2 and Avengers: Infinity War, but this might be his most vicious role of the summer, straight up.  Here’s the synopsis:

In SICARIO: DAY OF THE SOLDADO, the series begins a new chapter. In the drug war, there are no rules – and as the cartels have begun trafficking terrorists across the US border, federal agent Matt Graver (Josh Brolin) calls on the mysterious Alejandro (Benicio Del Toro), whose family was murdered by a cartel kingpin, to escalate the war in nefarious ways. Alejandro kidnaps the kingpin’s daughter to inflame the conflict – but when the girl is seen as collateral damage, her fate will come between the two men as they question everything they are fighting for.

‘Without Remorse’ Trailer: Michael B. Jordan Is Ready To Bring The Pain In Amazon’s Tom Clancy Thriller