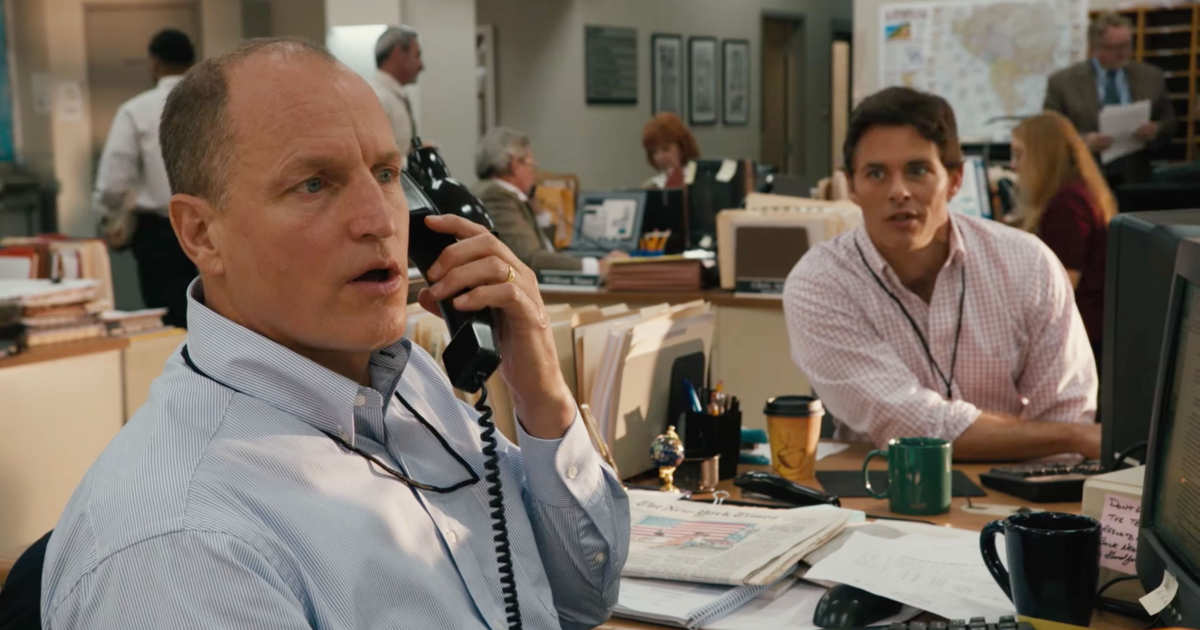 With The Post and Spotlight both earning a great deal of Oscars success, Rob Reiner is hoping his journalism drama Shock and Awe can get in on the action. The crusading journalists genre lends itself to ensemble filmmaking, and Reiner has assembled a cast led by his LBJ star Woody Harrelson (I swear, he’s EVERYWHERE!), James Marsden, Milla Jojovich, Tommy Lee Jones, Jessica Biel, Richard Schiff, plus the director himself.

The title probably tells you all you need to know, as the film centers on investigative journalists checking into the George W. Bush administration’s claims of WMD in Iraq as a justification for war.  We know how this story goes, don’t we?

Here’s the synopsis: The film is based on the true events of Knight Ridder journalists who were the only ones who “got it right” in the lead-up to the 2003 Iraq War when they questioned the true nature of the Bush White House’s justification for the conflict.


DirecTV will premiere Shock and Awe on June 14th before it hits theaters July 13th.