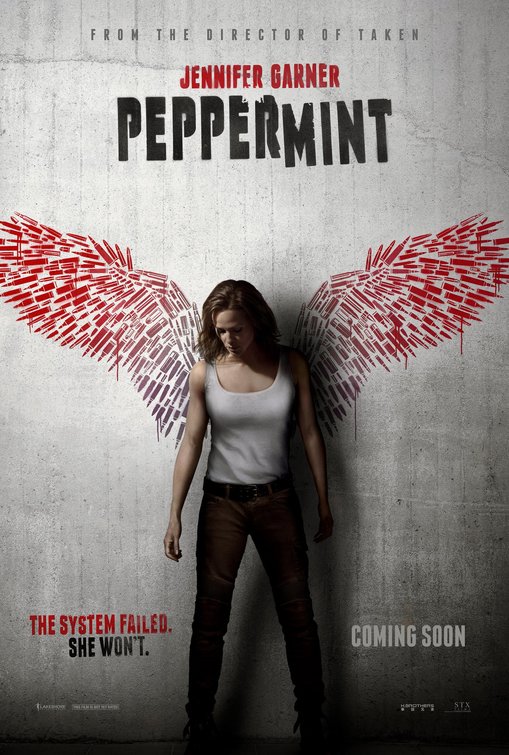 Well, hello Jennifer Garner, it’s good to see you again. I know, she hasn’t gone anywhere and can be found in a handful of family dramas every year. But for me, her upcoming turn in the action film Peppermint is a welcome reminder of how much of a badass the former Alias star can be. There was a time when Hollywood thought her the next great female action star, so maybe she’s due for a Liam Neeson-like career renaissance?

Pepperment is directed by Pierre Morel, who could also use a career reinvention. The Luc Besson disciple made a splash with District B13 a little film you might have heard of called Taken (*ding ding ding*), but has bombed with his last two movies, From Paris with Love and The Gunman.  And this movie looks pretty great, with Garner playing a mother who transforms herself into a killing machine after her husband and daughter are murdered. Here’s the synopsis:

“Peppermint” tells the story of young mother Riley North (Garner) who awakens from a coma after her husband and daughter are killed in a brutal attack on the family. When the system frustratingly shields the murderers from justice, Riley sets out to transform herself from citizen to urban guerilla. Channeling her frustration into personal motivation, she spends years in hiding honing her mind, body and spirit to become an unstoppable force – eluding the underworld, the LAPD and the FBI – as she methodically delivers her personal brand of justice.