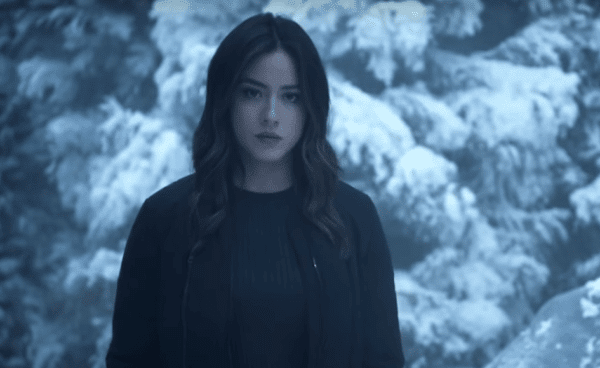 Not to be confused with Smallfoot, there’s another animated Yeti movie that’s about to hit theaters. Yep, leave it to the creative geniuses in Hollywood to put out two animated Yeti moves within a year of one another when I don’t think there were any for…ever? Or at least very few. Anyway, the other film was Dreamworks’ Everest, which has now been given the brand new title of Abominable.

Dreamworks has been working on this one for a couple years now, setting on a September 27th 2019 release date early on in the process. At the time it was to be co-directed by  Tim Johnson (Home) and Todd Wilderman from a William Davies script. However it looks like Johnson is out and replaced by Open Season co-director Jill Culton. Johnson has slid over to a producing role.

Agents of SHIELD‘s Chloe Bennett will voice Yi, one of a group of humans who befriend a young Yedi. Here’s the synopsis provided by Variety…

“Abominable” covers a 3,000-mile journey from the streets of Shanghai to the Himalayan snowscapes. When a mischievous group of friends encounter a young Yeti, they embark upon an epic quest to reunite the magical creature with his family at the highest point on Earth.

On the flipside, Smallfoot, which opens this September, centers on a group of Yeti that don’t believe humans exist until they actually encounter one.  So I guess you could watch both of these similar movies and get the polar opposite experience. Still, it can’t be a coincidence, right?