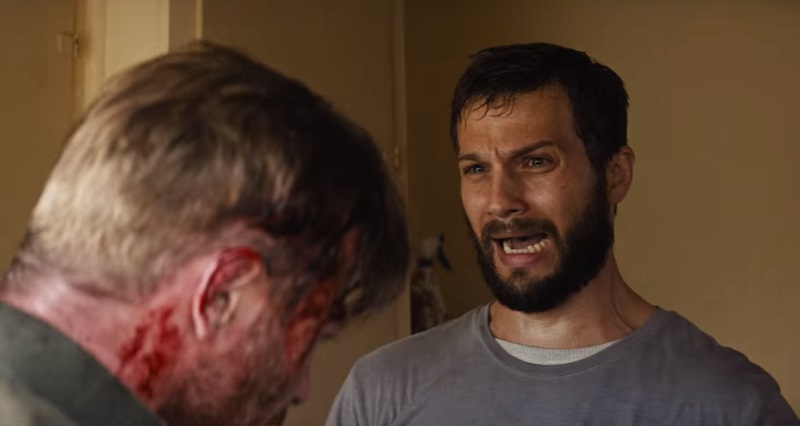 Sometimes inspiration strikes very late in the process, like a day before the movie actually opens. That’s what has happened with Blumhouse’s upcoming sci-fi revenge flick, Upgrade, a film I saw a couple of weeks ago and have been a big supporter of, although someone else from the site will be doing the review. *grumble*  Anyway, it’s the kind of cheesy, splatter-filled throwback that screams grindhouse, and now we have a trailer that gives it the appropriate feel.

The folks at CrypTV have cut a new ’80s-style throwback trailer, taking all of the footage we’ve seen previously and change the soundtrack, the aspect ratio, gave it some grime, and voila! It’s like an entirely different movie, and I hope this encourages people to check it out because Leigh Whannell (Saw, The Conjuring 3) is going a bit nutso with this one. For those who don’t know, the film stars Logan Marshall-Green as everyman Grey Trace, who is paralyzed in the same mugging that saw his wife murdered. He’s “upgraded” with an experimental A.I. that transforms him into a badass killing machine, until he realizes his new software has a mind of its own.

Upgrade opens June 1st, and that’s also when you’ll get my interview with Whannell. Keep an eye out for it.